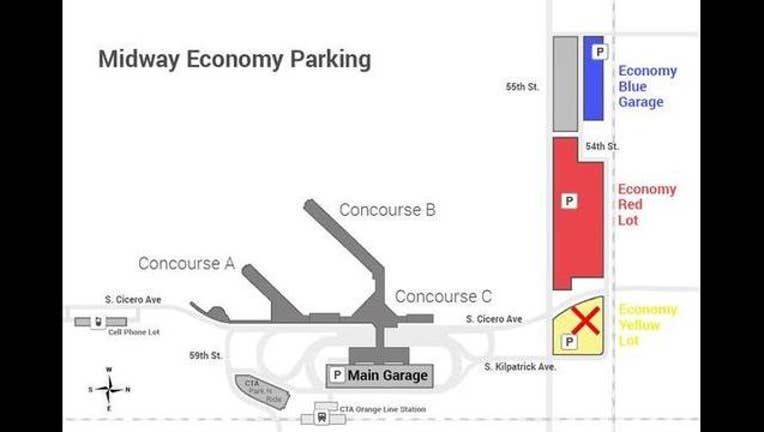 A parking lot at Midway Airport reopened Thursday, three days of ahead of schedule after construction.

The Cell Phone Lot, located at 61st and Cicero, closed for resurfacing Tuesday and was expected to reopen July 19, according to the city’s Department of Aviation. However, the lot reopened Thursday, three days ahead of schedule.

Another lot, the Yellow Lot, remains closed until November.

During that time, crews will be making several improvements including a new paved surface, improved lighting, additional entrance and exit lanes and automated parking equipment.

During the project, alternative parking will be available in the Terminal Parking Garage and in the Economy Garage and Red Lot along West 55th Street, the department said.

Complimentary shuttle bus service from the Economy Garage and Red Lot operates every ten minutes around the clock, the department said.