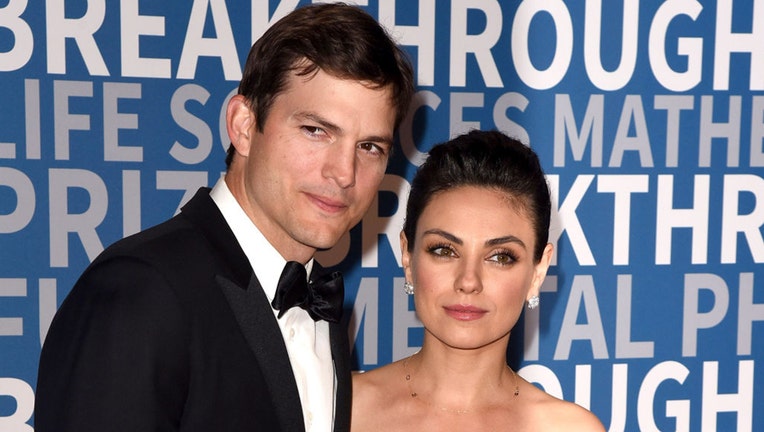 Actors Mila Kunis and Ashton Kutcher are raising funds they say will provide immediate refugee and humanitarian aid amid the ongoing Russian attacks in Ukraine, which is where Kunis was born.

Kunis was born in Chernivtsi, Ukraine in 1983. She moved to America in 1991 and says she’s always considered herself an American, but today, she has "never been more proud to be a Ukrainian."

"The events that have unfolded in Ukraine are devastating. There is no place in this world for this kind of unjust attack on humanity," she said alongside Kutcher in a video posted online.

"And while we witness the bravery of the people of the country that she was born in, we’re also witness to the needs of those who have chosen safety," Kutcher said.

The couple, who have been married for six years and share two children together, started a fundraising effort with the goal of raising $30 million to provide housing and supplies to the Ukrainian people.

They’re matching $3 million in donations to Airbnb and Flexport through GoFundMe. The couple said Flexport is organizing shipments of relief supplies and Airbnb is providing free, short-term housing to refugees.

RELATED: Airbnb offering free housing for up to 100,000 Ukrainian refugees

In just one day, nearly 30,000 people have donated to their GoFundMe to raise nearly $15 million.

"The people of Ukraine are strong and brave, but being strong and brave doesn’t mean you’re not worthy of support," Kunis said, as the two asked for everyone to donate what they can. You can find their donation page here.

Since Russia’s invasion, ports are blocked in Ukraine and roads have been made treacherous by bombings, making it hard for charities to send humanitarian aid through normal channels.

The scale of need is enormous. On Tuesday, the United Nations issued an appeal for $1.7 billion to help with aid efforts, estimating that 12 million people in Ukraine and 4 million refugees could be in need of relief and protection in the coming months.

Many corporations have committed to help. Amazon pledged $5 million to the U.N.'s refugee agency and other humanitarian organizations and plans to match up to $5 million more in donations made by its employees. Snapchat announced $15 million for humanitarian support. Airbnb offered free housing" to up to 100,000 refugees and is waiving its fees on the grassroots movement of people booking stays in Ukrainian homes, with no plans of using them, to get money quickly into the accounts of hosts. And Binance, the world’s largest cryptocurrency exchange, has pledged $10 million toward aid.

Ukrainian refugees fleeing to Medyka, Poland, were greeted with live music, as a man played the piano near the border crossing on March 4. (Credit: Daniel Baird via Storyful)

THE LATEST: Russia-Ukraine war: Cease-fire in jeopardy amid more shelling

Russia has acknowledged that nearly 500 Russian troops have been killed and around 1,600 wounded. Ukraine has not released casualty figures for its armed forces.

The U.N. human rights office says at least 331 civilians have been killed and 675 wounded in Ukraine since the start of the invasion. Ukraine’s State Emergency Service has said more than 2,000 civilians have died, though it’s impossible to verify the claim.

In the 10 days since Russia waged war on Ukraine, more than 840 children have been wounded in the invasion, and 28 have been killed, according to Ukraine’s government.