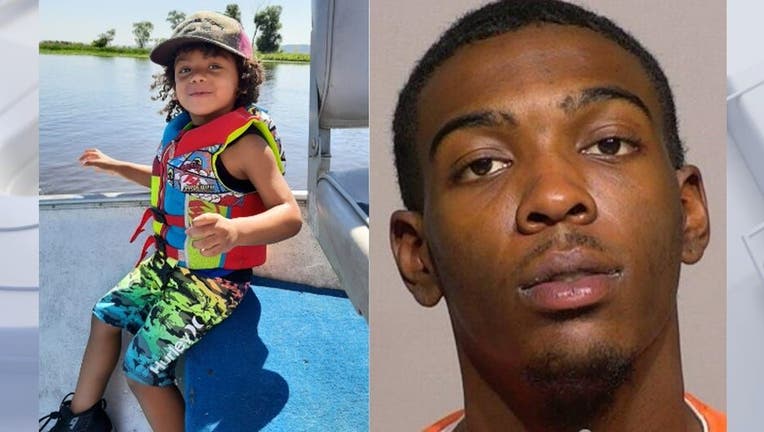 MILWAUKEE - Milwaukee police said late Sunday night that the man accused of murdering a woman, and taking her little boy, has been found dead – but the child is still missing.

Major Harris, 3, is the son of Mallery Muenzenberger. She was found dead in the backyard of a Milwaukee home on Thursday.

Police believed that Major was with Jaheem Clark, 20, who was the suspect in Muenzenberger's murder. But on Sunday night, Clark was located at a home in Milwaukee. As police closed in, Clark died by suicide. Little Major Harris was nowhere to be found.

Major Harris was last seen wearing a dark blue t-shirt with a small pocket on left side, and navy blue Nike basketball shorts.