MPD: Suspect shot after firing at officers inside District 5

A Milwaukee man entered Police District 5 shortly and shot toward officers before they returned fire, ultimately striking him after a foot chase.

MILWAUKEE - A suspect was shot by Milwaukee police after he allegedly opened fire inside the District 5 lobby on Friday, Feb. 25.

Police Chief Jeffrey Norman said the suspect, identified as a 23-year-old Milwaukee man, walked in around 3 p.m. and shot at staff while multiple community members were there, too.

"There is a lot of destruction," said Police Chief Jeffrey Norman. "This is where you come in to file reports, so this is something that I will say no one really expects."

The chief said an officer fired back, and the suspect ran away. Officers caught up with the suspect two blocks away near 6th and Locust. Multiple officers fired shots, hitting the alleged shooter multiple times.

"I just heard police turn their sirens on and accelerate," said Brittany Stark, who lives in the area.

Many who live near District 5, located in the heart of Milwaukee's Harambee neighborhood, returned home to a large police presence.

"It’s a big presence of police, I’m like – something really bad must have happened," area resident Ingrid Grace said. 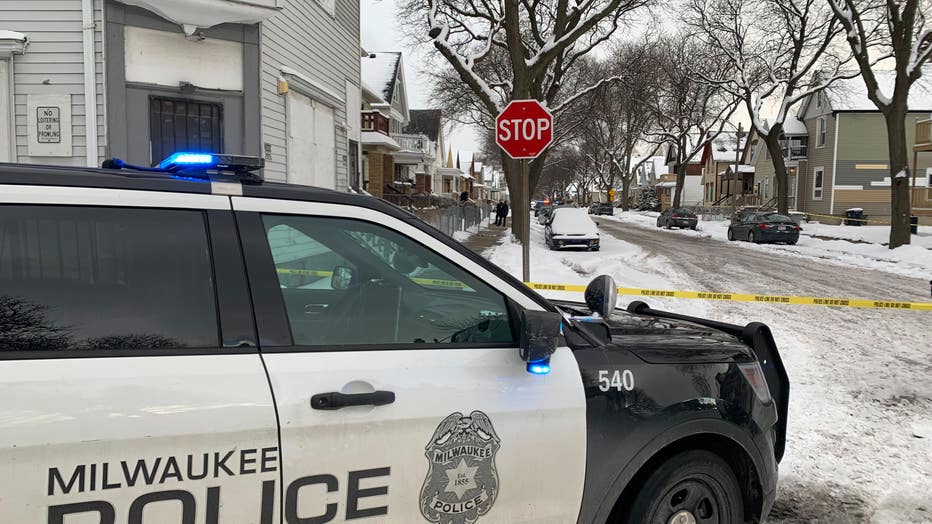 Scene near 6th and Locust

While crime scene tape prevented some from getting back inside their homes, Milwaukee police investigated what happened inside the lobby.

"There is a lot of shaken up staff," Norman said. "My heart is out to my staff. I’m very proud of how they’re handling themselves. I know that we’re wrapping our arms around them."

The police-involved shooting came two days after the in-custody death of 20-year-old Keishon Thomas at the police district. Police could not say Friday if the two incidents are connected, but it is part of the investigation.

"We’re all aware of the incident that happened recently in regard to what happened here," said Norman. "We’re still looking into all angles of this."

No one other than the suspect was injured in the incident. He was taken to the hospital and is expected to survive.

As is routine, Norman said "several" officers involved in the shooting are on administrative duty. Those officers have been identified as:

The West Allis Police Department is leading the investigation.