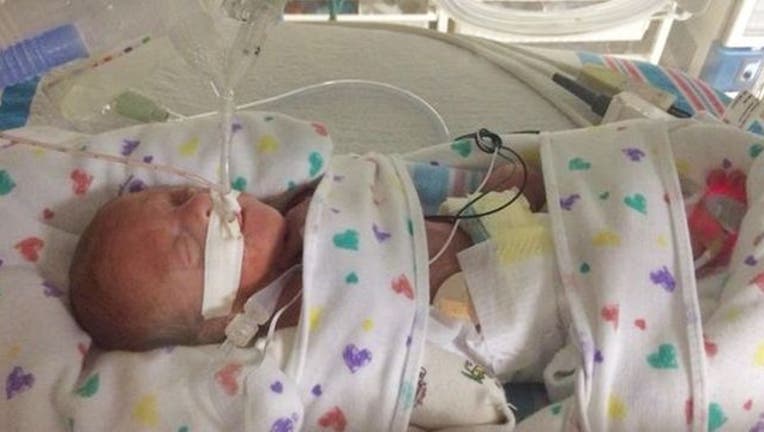 (FOX News) - The stunning birth --and survival -- of a 1 1/2 pound baby to a Utah mother aboard a cruise ship is being heralded as a miracle-- and according to cruise experts, rightly so.

While ships have medical staff and equipment to deal with general emergencies, they're not required --or even prepared --to handle the specific needs of premature babies, especially one this small.

The story began when Emily Morgan, along with her husband Chase, and their 3-year-old daughter Chloe, were on the second day of their seven-day cruise aboard the Royal Caribbean's Independence of the Seas. Emily, who was in her 23rd week of pregnancy and due in December, had been given the okay by her doctor to go on the trip, but she starting experiencing labor pains after she had turned in for bed.

"I started having contractions late at night and I had a terrible pain in my stomach,'" Morgan told FoxNews.com. "Around one o'clock in the morning, we called the medical team because I knew the baby was coming."