A man who worked with the great Fred Rogers, or Mister Rogers as we knew him, is a neighbor to us all. The former pianist now works for The Joffrey Ballet.

CHICAGO - A man who worked with the great Fred Rogers, or Mister Rogers as we knew him, is a neighbor to us all. The former pianist now works for The Joffrey Ballet.

"There are things he represents that we could all learn from. If we emulate, it would make the world a better place," said Michael Moricz.

Moricz is currently a rehearsal pianist and conductor with The Joffrey Ballet. For the last five seasons of "Mister Rogers' Neighborhood" -- Moricz was in Pittsburgh working on the beloved children's show.

"Fred did the show as if it were live. Both the segments in the house and the segments in the neighborhood, they were done in very long takes. We played as he needed, which wasn't always an easy task," said Moricz. "The hardest thing sometimes was that you would have to set him up for a song, so you’d improvise because you would never know when he would start the song." 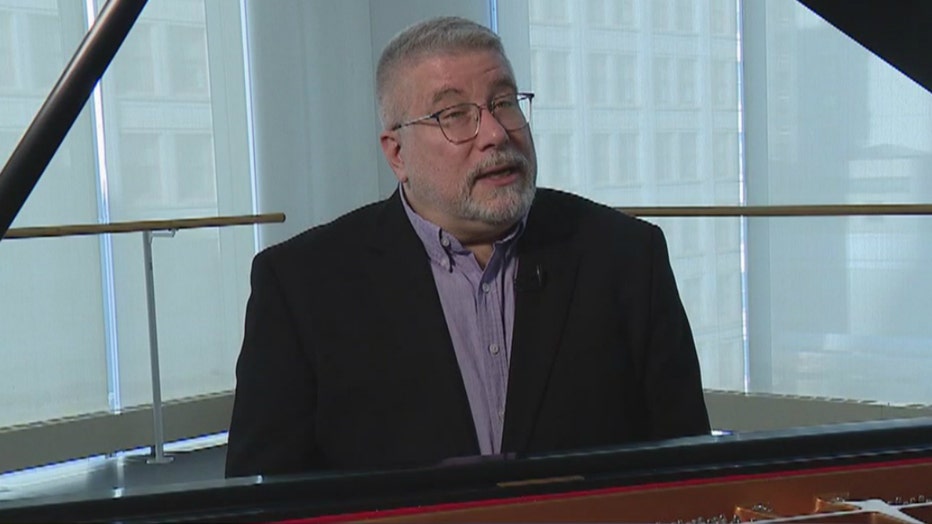 Moricz is delighted Hollywood chose to spotlight the show and the man behind it. He says the lessons illustrated the in the old show weren't just for kids, they resonated with adults and still do.

"The philosophy of the show would be summed up in 'It’s you I like,' and 'Won’t you be my neighbor?' and 'You make each day a special day just by your being you.' The way he acted with adults was very much that way too. It was very much honoring the other and finding the middle ground," Moricz said.