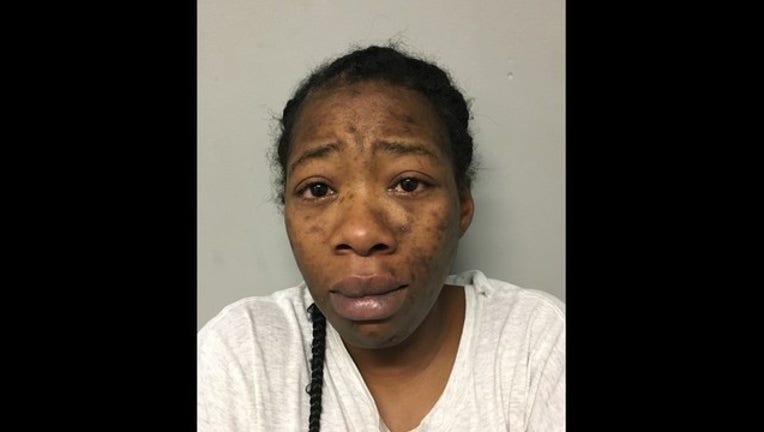 CHICAGO (AP) - An Illinois woman accused of taking her 6-year-old onto a commuter train to Chicago after his death last summer has been charged with first-degree murder and ordered held without bond, authorities said Tuesday.

Jamie Jones, 29, of Round Lake Beach also was charged with concealment of a homicide in the death of Carl Rice Jr. She's being held in lieu of $3 million.

Assistant State's Attorney Steve Scheller told a Lake County judge that an autopsy showed the child was bruised from his face and head to his torso. He also suffered a brain hemorrhage.

"This was a horrific crime involving the death of an innocent child who was beaten to death at the hands of his own mother," he said.

Scheller said Carl was injured by Jones prior to falling asleep on June 30. He said the boy died between June 30 and July 1.

Scheller said video show Jones, accompanied by her 9-year-old daughter, took the child to the Round Lake Beach Metra station on July 1 to catch a train to Chicago. The child was placed inside the station in a corner seat and was propped up with the help of a backpack.

Jones allegedly carried the dead boy onto a train and video taken at Chicago's Union Station shows Jones carrying the child over her shoulder as if he is asleep, before getting into a vehicle driven by her father.

Family members became aware the boy was not breathing and called paramedics, who determined he had died. The Cook County medical examiner ruled the boy died from injuries caused by child abuse, Scheller said.

Jones initially told investigators she hit her son several times before his death, prosecutors said. After a four-month investigation, Jones was arrested Saturday on a warrant for failure to appear in court, and then held until murder charges were filed.