A 14-year-old boy was shot in the leg Wednesday night on one of the South Side's most troubled blocks. The gunfire erupted just a few feet from where another victim was killed earlier this year and a third was wounded.

CHICAGO - “You can't sit on your porch without somebody comin' through here shootin' at you! For what? Nobody's doin' nothin,” said Roseland resident Charles Baisten.

A 14-year-old boy was shot in the leg Wednesday night on one of the South Side's most troubled blocks. The gunfire erupted just a few feet from where another victim was killed earlier this year and a third was wounded.

As FOX 32 news has reported, private donors last year offered hundreds of thousands of dollars to help turn the block around. But the money is still being unused.

When the familiar sound of gunfire erupted at 9:41 p.m. on Wednesday, residents of a stretch of 102nd Place near State Street knew what to do, dropping to the floor and counting the shots, at least five.

“When I got up, I look out that window right there pointing in this direction. I saw them picking the little boy up off the ground,” said Pastor Kim Miller. “You could see him. They holdin' him, trying to keep him calm. Yeah he'd been shot in the leg.”

“They need to stop this madness! They need to go do what they gotta do. And stop shooting innocent people,” he said. 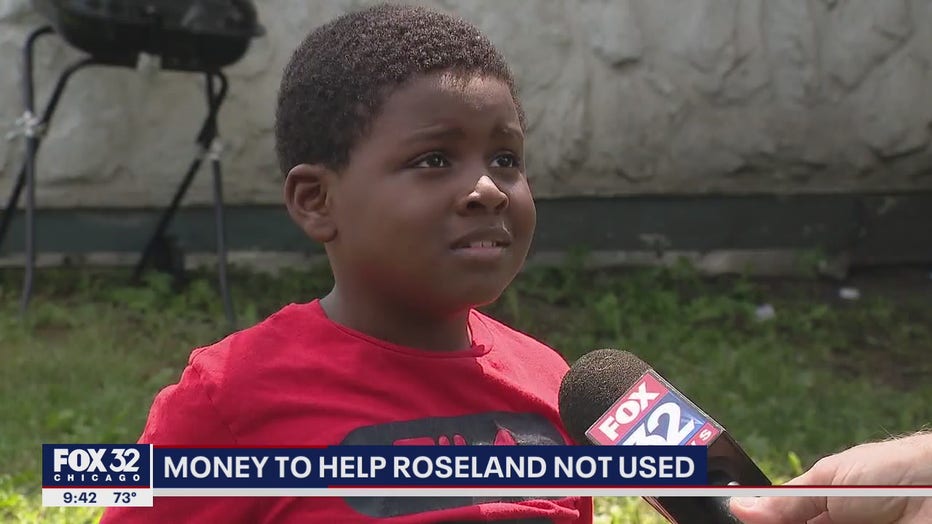 Sharing that goal, private donors last fall promised a quarter of a million dollars a year to provide the block with, what in some other cities is called, a "cop house." Officers come and go, while civilians supervise young people studying, playing video games and engaging in other activities.

Arne Duncan’s Chicago Cred has agreed to put in playground equipment on a vacant lot. The donors await a sign off by City Hall. A spokesman for Mayor Lori Lightfoot would not explain the long delay, saying only "it's still under study."

“Make a decision so we can get on with this program, so we can save people's lives. Kids are dyin,” said Alderman Anthony Beale.

Several windows were blown out in Wednesday night's gunfire. FOX 32 will let you know if and when Chicago police and City Hall accept the help that is being offered for the block in Roseland.