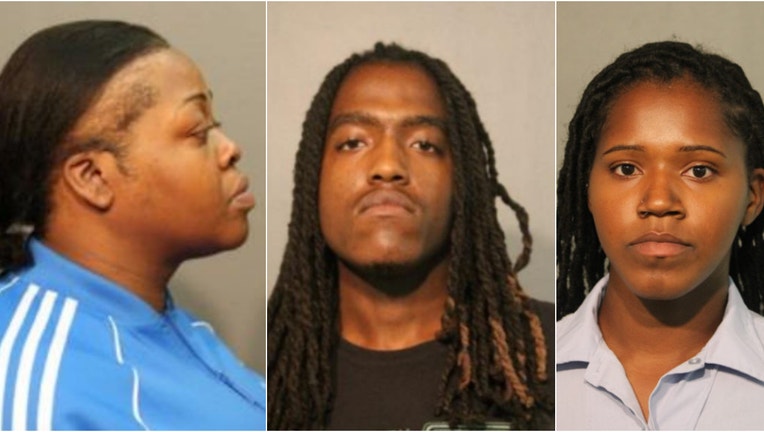 Chavell Baker, 23, was arrested Sunday in the 2300 block of West Irving Park Road, according to a statement from Chicago police. He was allegedly trying to sell items on social media that were stolen in looting on Aug. 10.

Baker is charged with one felony count each of theft, burglary and looting, police said.

Katrice Reynolds, 39, was taken into custody Saturday in the 5100 block of South Wentworth Avenue, police said. She was charged with felony counts of burglary and looting after being identified as a suspect in an Aug. 10 incident.

Tori Lewis, 23, was arrested Saturday in the 2400 block of West Belmont Avenue after being identified as a looting suspect, according to police. She was charged with one felony count each of burglary and looting.

Richard McClellan, 54, was taken into custody Friday in the 200 block of Wabash Avenue after allegedly verbally assaulting and throwing objects at a 64-year-old man, police said. He was also identified as a suspect in looting from last month. He is charged with felony counts of burglary and looting and a misdemeanor count of simple assault.

Police said the looting that took place the night of Aug. 9 and into the next morning stemmed from rumors after officers shot and wounded 20-year-old Latrell Allen in Englewood.

Police said officers shot Allen after he fired at them several times. Allen was charged with attempted murder.