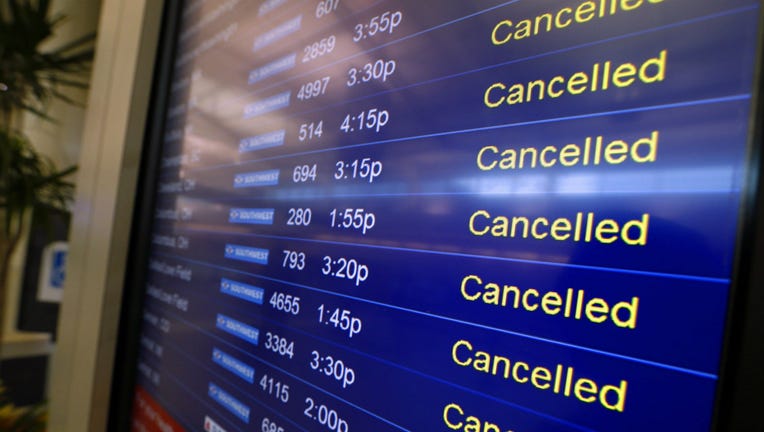 CHICAGO - Snow has forced the cancellation of more than 200 flights at Chicago's international airports on Halloween.

National Weather Service meteorologist Todd Kluber told the Chicago Sun-Times that O'Hare was expected to receive up to 3 inches (7.6 centimeters) of snow by Thursday night. Midway could get between 1 and 2 inches (2.5 and 5 centimeters).

Kluber said a heavy band of snow in Illinois' Kane County was expected to move east Thursday, reaching Chicago by noon. The heaviest snowfall is expected between noon and 4 p.m.

The Chicago Tribune reports that some northern Illinois communities have called off trick-or-treating. Shipshewana and Wolcottville in northwestern Indiana postponed trick-or-treating to Friday.