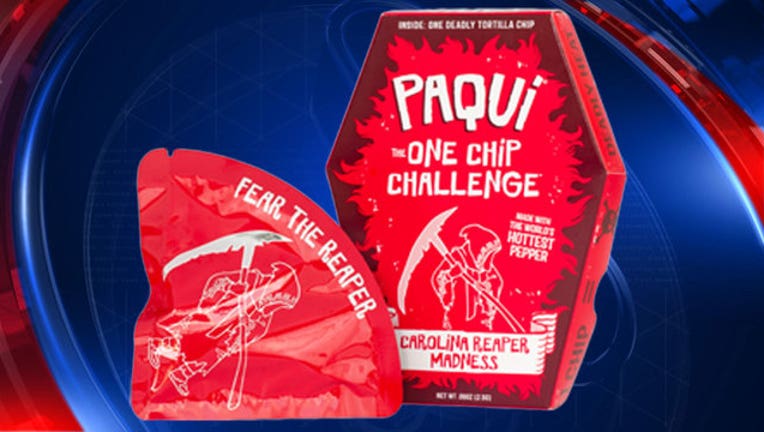 (WJBK) - Do you like spicy foods? Would you be willing to try what's being called the hottest chip in the world?

As the guys argued about eating the chip, the heat really hit anchor Natalie Tysdal. She had a really bad reaction after trying to wash down the taste with a sip of coffee.

KWGN posted video on their Facebook page of what happened. We see Natalie leaning behing the anchor desk.

"Oh! Oh! Natalie threw up!" one of her co-anchors says. "This is going very poorly, folks. Someone get her help. Seriously."

A stagehand is then seen coming out with some chocolate milk.

She's doing fine now, but says the experience was miserable.

"So, what really happened on TV this morning with the "one chip challenge?" I thought I was okay until I had a drink of my coffee to wash down the chip. I threw up, couldn't breathe and felt like fire was coming out of my mouth, nose and ears. I had a bottle of water, a glass of milk, a tablespoon of honey and 3 mints and still felt on fire. An hour later I had chills and a massive headache. Three hours have gone by and I feel like I was beat up in a dark alley. Oh, and did I mention I shared the chip with my producer Scott Elliott? CRAZY! I wouldn't recommend it."

If you want to try the chips yourself, you can find them at www.paqui.com.