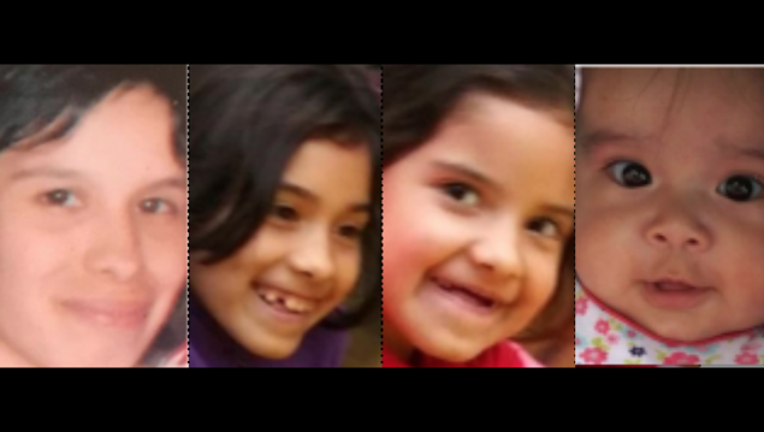 CHICAGO (Sun-Times Media Wire) - A 28-year-old woman and her three young daughters who were reported missing Sunday from the Back of the Yards neighborhood on the South Side have been found.

Karina Pena, 28, was last seen pushing 6-month-old Lucia Pena in a stroller as she walked north in the 4800 block of South Marshfield, according to a missing person alert from Chicago Police. She was also with her two other daughters, 7-year-old Valeria and 9-year-old Ide.

Police canceled the alert Tuesday morning, stating that Pena and the children had been located. Further details were not provided.