A mother in south suburban Hazel Crest has been diagnosed with COVID-19, and her case is prompting major concerns involving the police force in the village.

HAZEL CREST, Ill. - A mother in south suburban Hazel Crest has been diagnosed with COVID-19, and her case is prompting major concerns involving the police force in the village.

Two officers are being quarantined because they had contact with the infected woman. The problem is Hazel Crest village officials never heard from any health or state officials once the woman was diagnosed with the illness.

A week ago, a woman in her late 30s-early 40s was with her children at the Hazel Crest Police Department for several hours.

“Two officers had contact with her and her family. My concern as chief is what happens with my officers,” said Hazel Crest Police Chief Mitchell Davis.

One officer from the department was on patrol and had to be sent home immediately to quarantine because he had contact with the infected woman. The other officer will also quarantine at home.

“As far as we’re concerned, these officers can't be tested because they have no symptoms. They have families,” Davis said. 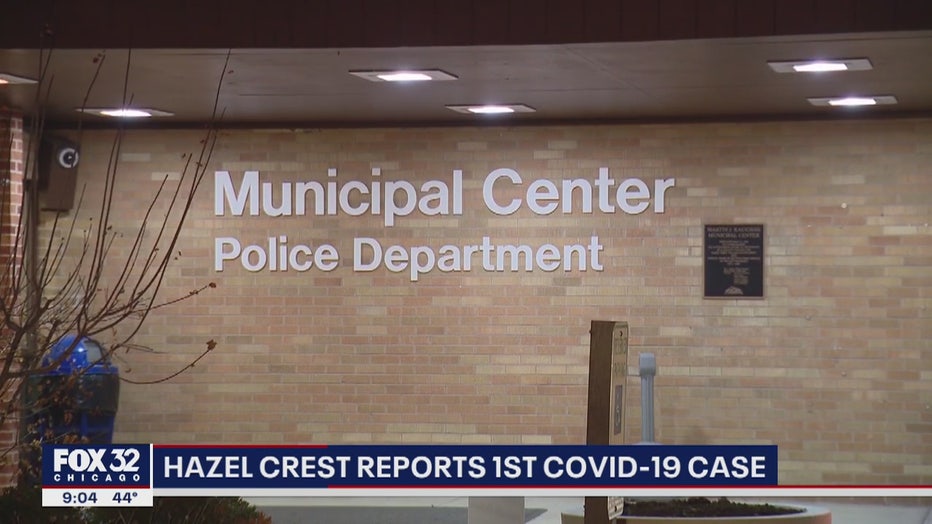 There is frustration from Hazel Crest village officials because they learned of the infected person on Facebook.

"I asked our community business manager to monitor Facebook because our residents use it and we saw it on there,” said Hazel Crest Village Manager Dante Sawyer.

Before she showed symptoms of the coronvirus, the woman recently traveled to New Orleans. She has children in a Hazel Crest school district and a notice was sent out before Governor JB Pritzker announced schools statewide were closing.

“There is a confirmed COVID-19 case linked to a parent of two students of Hazel Crest School District 152.5. The students have not been in attendance as a recommended precaution by the CDC,” the notice said.

The notice also went on to say schools would be cleaned and closed for two weeks.

“The doctor that drove over there said it’s confirmed and they are doing their do diligence,” said Interim Hazel Crest Fire Chief Samuel Hunter.

The infected woman eventually made it to the UIC Medical Center in Chicago where she was diagnosed and treated.

Visitors outside of UIC said policy changes were announced Friday, only allowing one person visiting at a time and they have cut back on visitation hours.