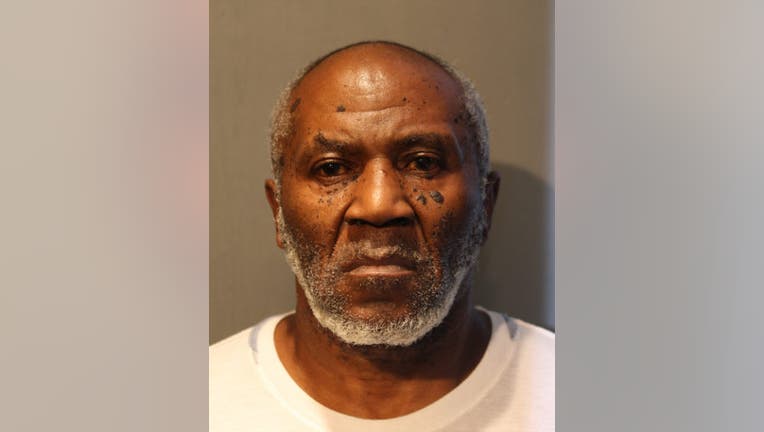 CHICAGO - A 64-year-old motorist allegedly shot and killed his passenger just minutes after meeting him and picking him up during the first wave of looting to hit Chicago this year.

But they said Williams’ account of Herring being killed by a drive-by shooter was false based on video surveillance footage that shows the two were alone when the shot rang out on May 31.

Williams had picked up Herring near a South Shore Auto Zone that was being looted that evening amid the peaceful protests decrying George Floyd’s killing by a Minneapolis police officer, prosecutors said.

Williams then allegedly went through the red light right as did another adjacent car.

The other car had its windows up, indicating that the gunshot didn’t come from the other vehicle, Murphy said.

Williams spoke to detectives last week, telling them that the shot that killed Herring came from a tan-colored car that had its windows opened — contradicting video evidence, Murphy said.

Williams had driven to St. Bernard Hospital after the shooting and told a paramedic there that his passenger was shot, Murphy said. Herring was wheeled into the hospital and died two days later.

Williams did not call 911 after the shooting, and blood was found in Williams’ vehicle during the execution of a search warrant, Murphy said.

Williams was sentenced to 30 years in prison for a 1978 attempted murder conviction. He also has a 2001 gun conviction for firing a gun near the feet of his stepson out of anger, Murphy said.

Williams lives with his wife and has been on disability for a decade for a “slew of medical problems” including an issue he calls “brain clusters,” an assistant public defender said.

He is expected back in court on Sept. 18.