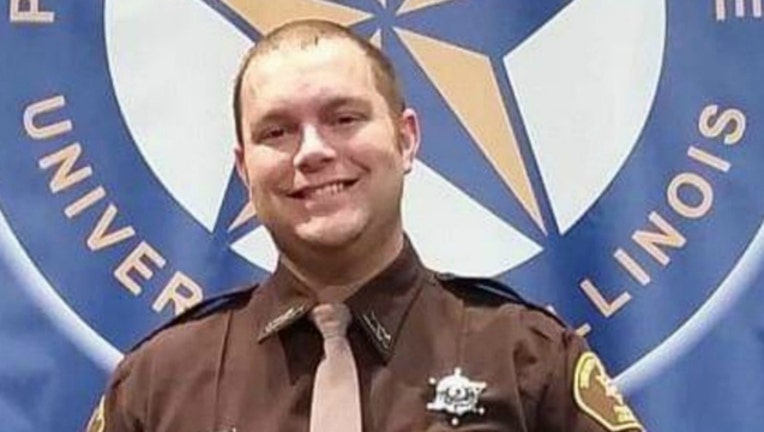 CUBA, Ill. (AP) - Mourners have gathered to remember an Illinois sheriff's deputy who was fatally shot last week while responding to battery and disturbance call.

Law enforcement officers packed the gym at Cuba Middle-Senior High School on Monday morning for Fulton County Sheriff's Deputy Troy Chisum's funeral. The 39-year-old deputy was killed June 25 in rural Avon. Multiple shots were fired before the suspect barricaded himself inside a home. He was taken into custody 18 hours later and is charged with murder in Chisum's death.

The (Peoria) Journal Star reports Chisum is survived by his wife and three daughters. The family said in a statement that Chisum was always their hero and "the greatest man we will ever know."

A 40-mile funeral procession to Peoria is scheduled to follow the funeral.