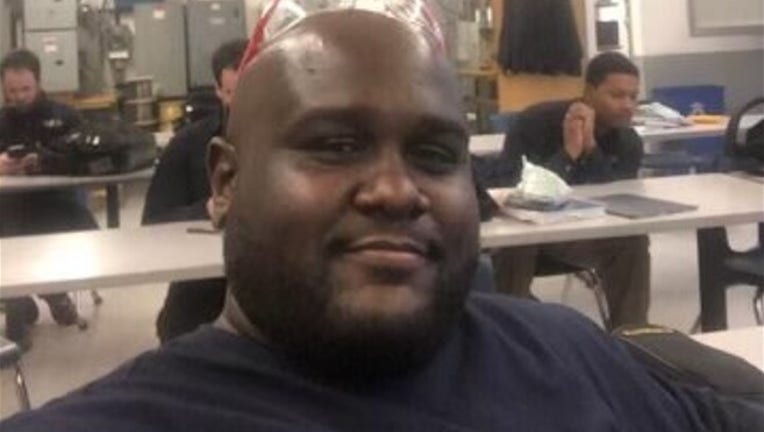 CHICAGO - John Blackman was using the tough lessons from early in life to steer others toward a better way.

The 38-year-old father of two worked to keep kids from gangs in Englewood, after he himself had suffered setbacks as a young man because of "youthful indiscretions," according to his father, Jonya Blackman.

Blackman was also five years into a career as an electrical apprentice for Aldridge Electric. And he was excelling.

"It was his second chance," Jonya Blackman said. "He was given an opportunity and he jumped on it."

That chance was taken early Monday when John Blackman he was shot multiple times on a sidewalk in the West Town neighborhood. He died at Stroger Hospital. Police have not released any other details and have not announced any arrests.

Jonya Blackman said his son was in West Town to attend a party for an old friend. The father saw him that morning, when his son dropped off some food before heading out.

"‘I’ll see you later dad, I should be back shortly,’ that is the last thing he said to me," Blackman said.

He remembered his son as a family man who became very goal-oriented in recent years. He put everything he had into his job as an electrical apprentice.

Don Finn, business manager of IBEW Local 134, said he knew John Blackman from his first year as an apprentice. He said Blackman was an avid learner who was ahead of many of his peers.

"He was a positive impact on not only other apprentices but every day on the job site," Finn said. "He had the right demeanor and was very upbeat and obviously a very hard working electrician."

Finn said he "was disgusted and shocked and saddened" when he heard about Blackman’s murder.

Jonya Blackman said his son needed a push every now and then.

John Blackman grew up to be "a great dad to his girls, a great disciplinarian" who told his 17- and 13-year-old daughters to away from negative influences, Jonya Blackman said.

Posts on his Faceook page suggest John Blackman was willing to share the same message to anyone who would listen.

"Provide, encourage, lead by example!!! Create your own road to success," read one post from 2018 that accompanied a photo of John showing off his electrician’s uniform.

"As good of an electrician he was, he was even a better person and a better union member," Finn said.