CHICAGO - Local foodies will have some hometown hereoes to root for this weekend in the 105th annual Nathan's Famous Hot Dog Eating Contest.

Naperville couple Sarah and Juan Rodriguez will compete at Coney Island on Sunday. The pair actually met at the very same contest in 2017.

"Four years ago, I did a qualifier and I qualified to actually compete at Nathan's, and the first year that I came to New York City, I met Juan in person - Juan Rodriguez who is another professionally-ranked eater," Sarah said. "He actually even owned a weiner dog."

Sarah says she's been able to eat 29 pizza slices in 10 minutes. Juan has knocked down 68 tacos in just 8 minutes.

The couple is already in New York warming their stomachs up ahead of the event. 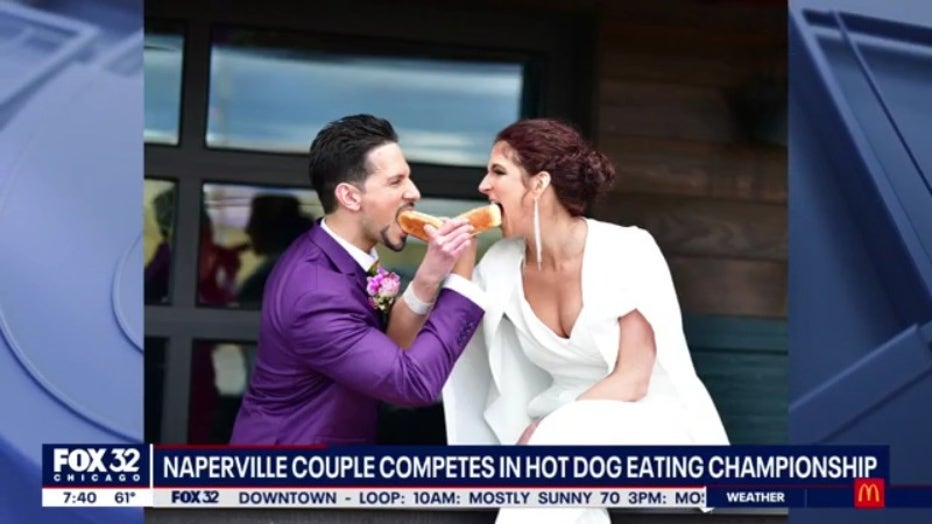 "Leading up to it, you have to make sure your body is ready so that is both skill and capacity so you have to stretch your stomach to a place where it can actually fit that food but you need to be physically ready," Sarah said. "If you fasted for five days, by the time the contest came around you would be so low blood sugar, so tired, that you would pass out."

After scarfing down all those hot dogs, Sarah said what happens to a contestant's body following a contest is probably as bad as what most people would imagine.

"Well what I always tell people is if you ran a marathon and after the marathon was over, you were like, 'I feel great let's run another marathon,' you probably didn't run a very good race," Sarah said.

"When the contest is over, it basically should be, you take a photo, you shake a hand and then you just kind of walk off stage and you can pretty much just put your hands on your knees and your body kind of makes that decision for you."