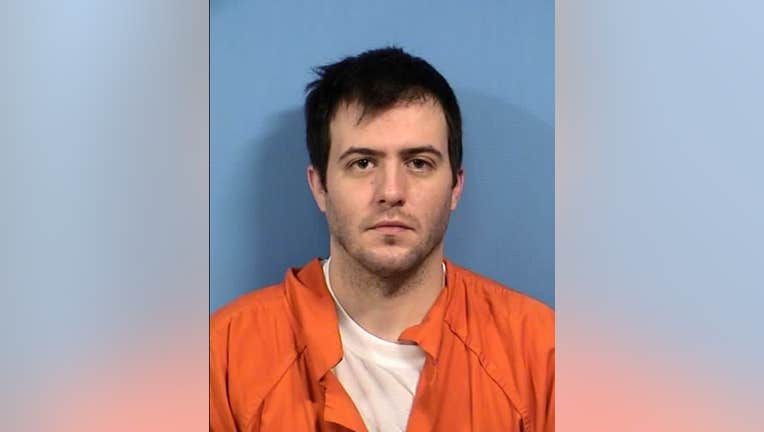 NAPERVILLE, Ill. - A Naperville man was sentenced to 12 years in the Illinois Department of Corrections for robbing two businesses in 2017 and 2018.

Ryan Dougherty, 31, entered a blind plea of guilty to two counts of aggravated robbery on Feb. 24, 2021.

At Dougherty's sentencing hearing, the state said it also proved that he was responsible for four additional robberies in the area.

The judge handed down the sentence Thursday afternoon.

On Dec. 3, 2017 at a Naperville Arby's, and on Jan. 3, 2018 at a Woodridge dry cleaner, authorities said Dougherty entered the establishments, displayed a note stating he had a gun, and showed the butt of what appeared to be a gun to personnel at the businesses, and demanded money.

During an investigation into the robberies, Dougherty was taken into custody on Jan. 12, 2018.

"I commend The Naperville and Woodridge Police Departments for their outstanding job in identifying Mr. Dougherty as a suspect in these robberies and for his ultimate apprehension," Berlin said. "Threatening employees at gunpoint who are just trying to make an honest living will not be tolerated and anyone who engages in this type of brazen behavior will face significant consequences, as Mr. Dougherty has now learned."

Authorities said Dougherty will receive credit for the 1310 days he has already served in custody.

He will be required to serve 50-percent of his sentence before being eligible for parole.