NAPERVILLE, Ill. - Naperville police are looking for a bank robbery suspect after they say a man handed a note and a white garbage bag to the teller.

It happened Wednesday just after 10 a.m. at the BMO Harris Bank on South Washington Street.

Police say no weapon was shown or threatened, and the suspect fled with the money by jumping a nearby fence. 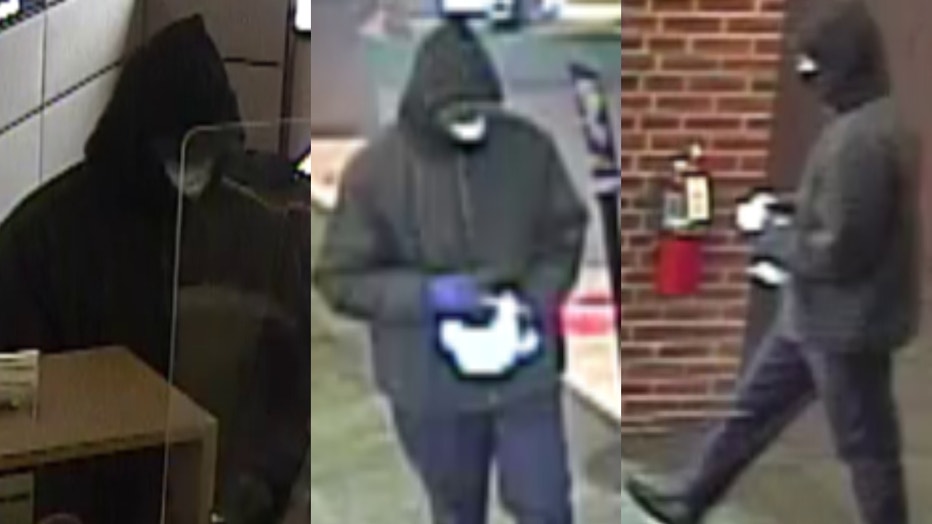 The suspect is described as standing 5-foot-8 to 5-foot-10, with a thin to average frame. He was wearing navy pants, a black hooded jacket, purple gloves and a black face covering.

One day earlier, police reported an armed robbery at a nearby Fifth Third Bank.