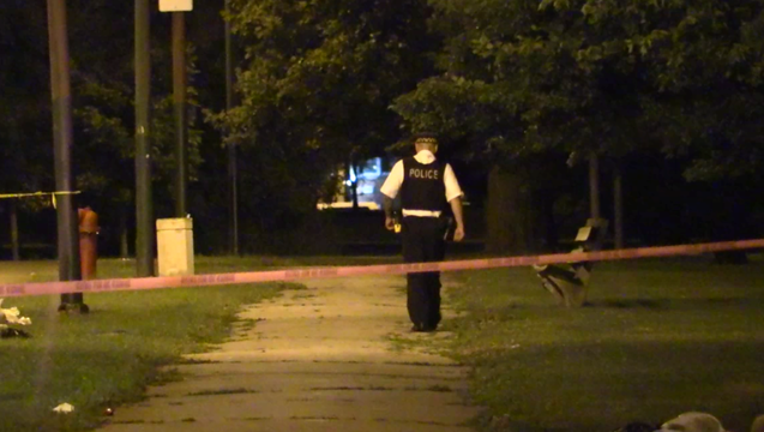 CHICAGO (AP) - Police statistics show that nearly 15 people were shot in Chicago every day during June, including a daily average of more than two who died.

The department says there were 315 homicides in Chicago in the first six months of the year, or more than 100 more than during the same period last year.

The grim statistics come as the department announced plans to put thousands of officers on the street for the July 4 weekend that has in recent years seen a spike in gun violence. At a Friday news conference, Superintendent Eddie Johnson said there will be more than 5,000 Chicago police officers, FBI agents and Illinois State Police troopers on duty.

Johnson says residents and visitors to the city will notice an increased police presence and that officers at the city's two airports will carry high-powered weapons.