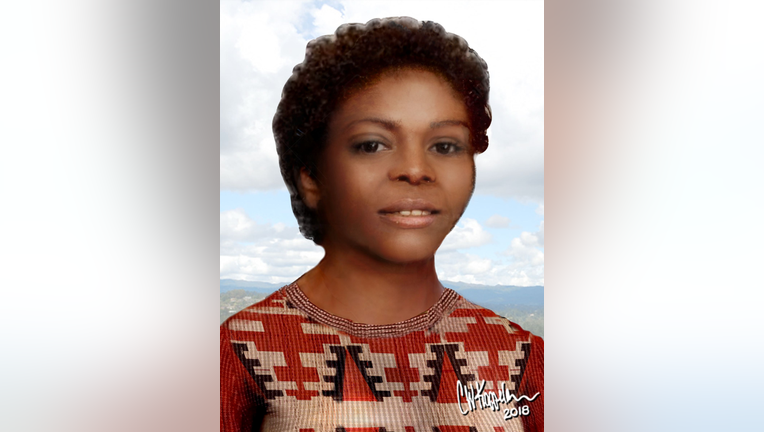 This artist-rendered photo shows what the woman may have looked like. Police found her shot dead in 1976 in Grundy County. | Grundy County coroner's office

SENECA, Ill. - Authorities say they are closer to identifying a woman shot dead decades ago and left in a ditch near rural Seneca in Grundy County.

Investigators with the DNA Doe Project used genetic genealogy to pinpoint a possible family name of the woman, the Grundy County coroner’s office said in a statement.

The woman was in her late teens or early 20s when she was found Oct. 2, 1976, near U.S. Route 6 near Holderman Hill with a gunshot wound to the head, the coroner’s office said.

After being unidentified for nearly a month, she was buried in an unmarked grave in the Braceville-Gardner Cemetery. She remained there until 2018, when she was exhumed to utilize modern DNA testing.

Investigators now believe her parents are from Selma, Alabama.

Other possible relatives live in Dallas County or Wilcox County in Alabama, and at least one branch of her family moved to Ohio.

Anyone with information is asked to call the Grundy County coroner’s offie at 815-941-3359.

On Monday, authorities in DuPage County said they solved a cold case from 1976 using the same type of DNA testing.

After retesting the suspect’s DNA collected in the strangulation of Pam Maurer, investigators identified a family tree which led them to a suspect, Bruce Lindahl.

Lindahl was exhumed in November, and DNA tests proved that he likely raped and strangled Maurer before leaving her on a roadside in suburban Lisle.

It was the first murder in Illinois to be solved with DNA genetic genealogy, DuPage County State’s Attorney Robert Berlin said in a news conference.