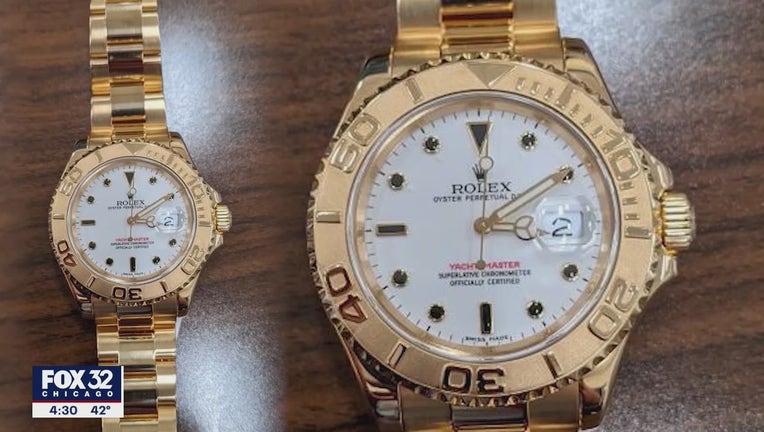 Three employees were allegedly fired for telling management about fraudulent activity unfolding in the jewelry store.

The lawsuit alleges that C.D. Peacock in Westfield Old Orchard Mall was behind an international scheme to divert Rolex watches to Asia and selling them for huge profits.

C.D. Peacock is one of only a handful of authorized Rolex dealers in the world, but the lawsuit says they used that privilege to illegally sell the watches to someone who then inflated the prices to be resold in Asia.

The employees who refused to participate and blew the whistle were fired.

Images showed how some of the alleged illegal business was done, using Facebook to sell the watches overseas, even a certificate claiming a watch was sold to Lebron James.

One employee was allegedly fired after a comment was made in a meeting, according to Haskell Garfinkel, of the Garfinkel Group, LLC.

"A lawsuit related to the Old Orchard store has been filed by OLGA NELSON, SUZANA KRAJISNIK, and JOE Di LORENZO, three former disgruntled employees who were terminated for cause. The case was previously brought by one of these employees a year ago in Federal Court and then immediately abandoned when early rulings went against her in that action. CDP intends to vigorously defend this action, as it did the previous one. Our brand partnerships have been renewed annually for decades and our history aligns with their values. CDP, led by third-generation family members, upholds a strict customer vetting process to protect and respect the integrity of brands and the industry."