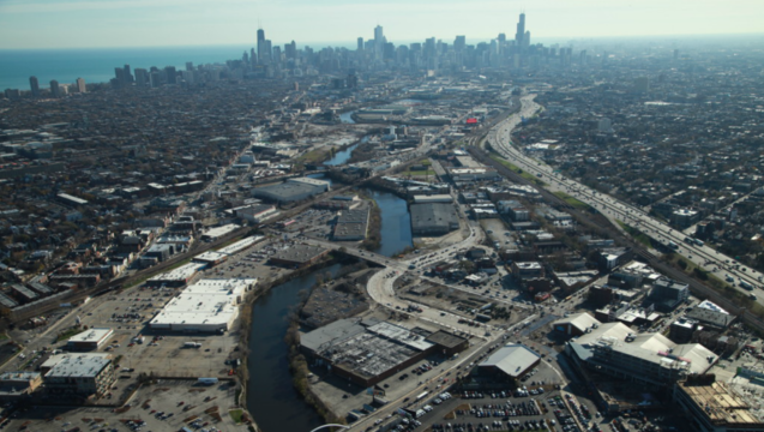 CHICAGO (SUN TIMES MEDIA WIRE) - A brand-new section of Elston Avenue has opened near its intersection with Damen and Fullerton in Bucktown, the city announced Tuesday.

The realigned Elston creates separate intersections for Fullerton and Elston, and Damen and Elston, replacing the six-way intersection at Damen, Elston and Fullerton, according to the Chicago Department of Transportation.

“Damen, Elston and Fullerton used to be one of Chicago’s most dangerous and most congested intersections, one that drivers would try to avoid at all costs,” Mayor Emanuel said in a statement.

“Now with the fully opened, new intersection at Elston and Fullerton, traffic is flowing more smoothly and drivers can actually get through on a single traffic light,” the mayor said.

There are two through lanes for vehicles and protected bike lanes in both directions on the new stretch of Elston, according to CDOT. The project will also include resurfacing all streets, widening Damen to improve traffic flow and accommodate bikes, and widening the north sidewalk along Fullerton.

The old section of Elston south of Fullerton will be renamed North Elston Court and will be reconstructed with access at Fullerton, according to CDOT.

“The new traffic pattern is already relieving congestion and improving safety at one of the city’s historically most crash-prone intersections,” according to the statement.

Construction of the Damen and Fullerton intersection will continue into the spring, according to CDOT. Both Fullerton and Damen will have two lanes open in each direction through the winter, with intermittent lane reductions starting again in the spring.

The $22.5 million project was paid for with federal, state and TIF funds, according to CDOT.