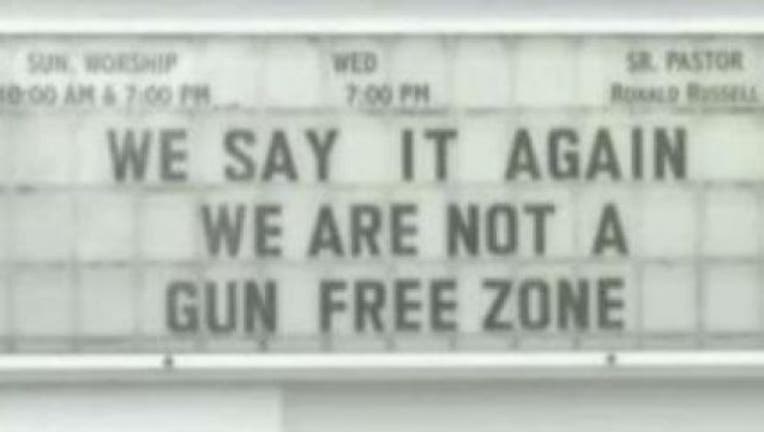 FOX NEWS - After the tragic church shooting in Texas, an Upstate New York church is encouraging parishioners to bring their guns to Sunday worship services.

"We say it again. We are not a gun-free zone," reads a sign in front of Lighthouse Mexico Church of God, which is located in Oswego County about 30 miles north of Syracuse.

Pastor Ronald Russell said he wanted to remind people of the open-carry policy and send a strong message that an attack like what occurred in Texas last Sunday is not going to happen in his church.

"Ever since Sandy Hook, these individuals - whether it's in Sandy Hook, whether it's in San Bernardino - people like to go to gun-free zones to shoot 'em up," Russell said on "Fox & Friends." "And we're just putting out a warning that we believe in the Second Amendment and we do carry, and it's not going to happen in our church."

He said that police officers do a great job at responding to mass shootings, but there is still certain to be at least some delay.

"If they have to respond, that means something already's happened, the damage has already taken place," Russell said. "It takes a good guy with a gun to stop a bad guy with a gun."