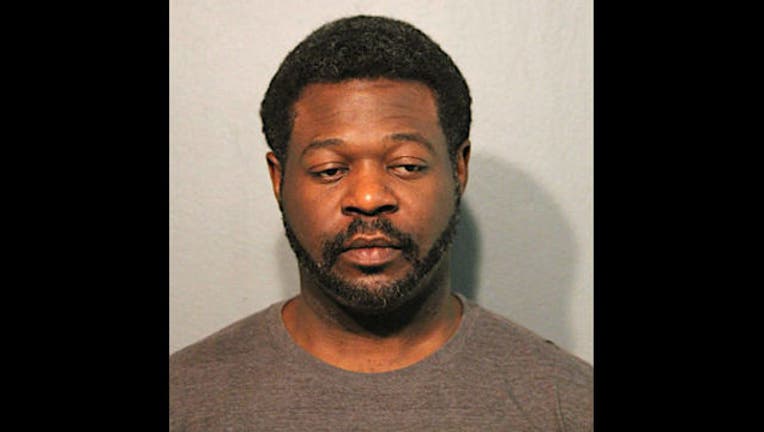 CHICAGO (Sun-Times Media Wire) - A man charged with posing as a Chicago cop before shooting a suspected shoplifter at a Northwest Side Walgreens had pretended to work in law enforcement at the store many times before, prosecutors said.

Louis Hicks Jr., 33, has never worked as a police officer, in Chicago or anywhere else, Cook County prosecutors said Friday.

Hicks was ordered held without bond for first-degree murder, unlawful use of a weapon by a felon and impersonating a police officer charges, the Chicago Sun-Times reports.

The convicted felon, who was recently suspended from his position as a security guard, told a shift leader to call him when there were problems and often tried to resolve security situations at the Walgreens, at 4817 W. Fullerton Ave., prosecutors said.

About 11:30 p.m. June 12, after detaining Sircie Varnado, Hicks kneeled over her with a gun drawn and allegedly said, “You’re a b****.” He then allegedly fired a single shot into Varnado’s face, prosecutors said.

Hicks then picked up the empty bullet casing and left the store, prosecutors said. Varnado, 46, was taken to Mount Sinai Hospital, where she was pronounced dead.

Hicks has inserted himself into a security situations several times before, prosecutors said.

A shift leader at the store first met Hicks about a year ago when Hicks handcuffed “a habitual shoplifter” and held the person until police arrived, prosecutors said. A few days after, Hicks allegedly came to the store and told the shift leader that he lived next door and said that the shift leader should call him to help out with any security or shoplifting problems.

Over the course of the year, the shift leader would call Hicks when “suspicious people” came into the store, prosecutors said. The shift leader saw Hicks in the store on multiple occasions with a gun and badge.

Hicks had been employed as a security guard for SEB Security, but had not been assigned to work at the Walgreens, according to prosecutors.

Hicks was suspended from his security position after he chased a suspected shoplifter into a parking lot on Jan. 6, tackled and handcuffed the person in violation of company policy, prosecutors said.

On the night Varnado was killed, Hicks allegedly arrived and continued to hold her and wouldn’t let her leave, prosecutors said. He then allegedly put her in a choke hold as other shoppers moved closer. Hicks continued, allegedly announcing he was a police officer before trying to handcuff Varnado and slamming her to the floor before shooting her.

Prosecutors said Hicks never should have had the weapon since he was convicted of felony burglary in 2003.

An assistant public defender said Hicks worked security for three years, volunteers at his church and cares for older parents who suffer various illnesses. Hicks’ attorney also pointed out that Walgreens staff had called Hicks to the store for help.

Hicks is expected to appear in court again on July 9.