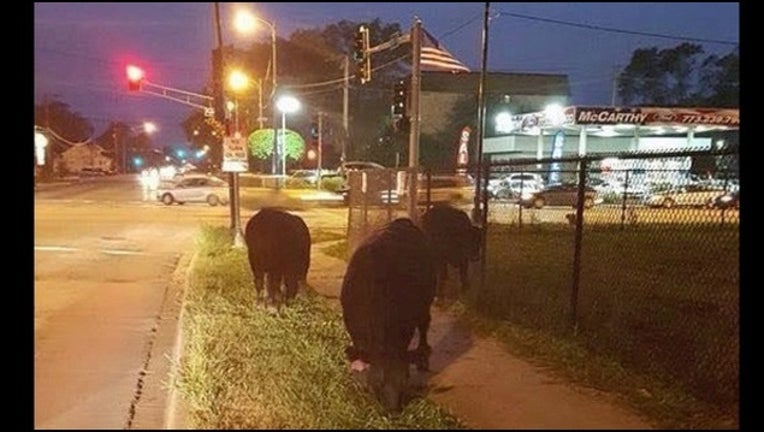 MOUNT GREENWOOD — A pair of cows went for a walk outside their pasture at their Chicago High School for Agricultural Sciences on Tuesday night.

A police officer was directing traffic around the animals as Hook approached the 1,400-pound beef cows with Christopher Neary, a program director at the magnet high school.

"We had just wrapped up freshman and sophomore orientation," Hook said.