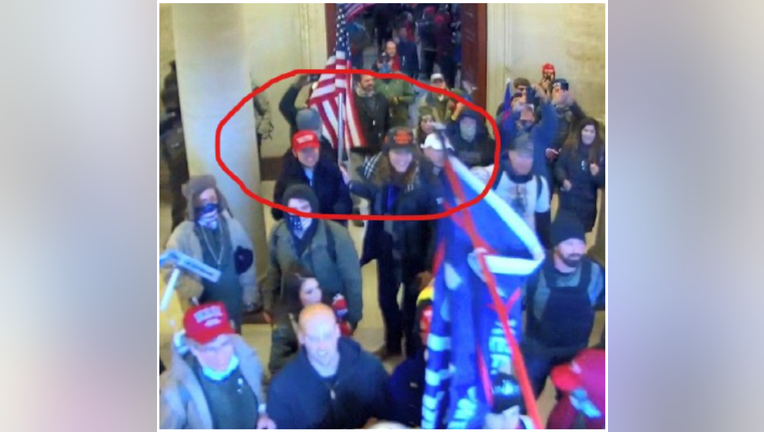 CHICAGO - Two North Shore brothers who joined the Jan. 6, 2021, riot at the U.S. Capitol avoided prison time when they were sentenced by a federal judge Tuesday, according to the Chicago Sun-Times.

U.S. District Senior Judge Thomas Hogan instead sentenced Christian Kulas and Mark Kulas Jr. to six months of probation, including two months of home detention. In doing so, he noted that neither man joined in the violence that day.

However, prosecutors said the men entered the Capitol through doors that had been forced open 13 minutes earlier, and then they spent 25 minutes inside the building. They said Christian Kulas watched and laughed as rioters stormed the building and later raised his arms to cheer when rioters broke open a door inside.

On Tuesday, both brothers apologized to the judge before learning his sentence.

"I make no excuses for my behavior and I take full responsibility for what I did on that day," Christian Kulas said. "My intention is to move on from this with grace and dignity."

They pleaded guilty in December to parading, demonstrating or picketing in a Capitol building, a misdemeanor.

At least 27 Illinois residents have so far been charged for their role in the breach of the Capitol. Seven of those, including the Kulas brothers, have been sentenced. But so far only Bradley Rukstales of Inverness has been given any time behind bars.