Two North Shore brothers who entered the U.S. Capitol during the Jan. 6 insurrection each pleaded guilty Monday to misdemeanor charges connected with the breach.

CHICAGO - Two North Shore brothers who entered the U.S. Capitol during the Jan. 6 insurrection each pleaded guilty Monday to misdemeanor charges connected with the breach.

Christian Kulas and Mark Kulas Jr., appeared via Zoom in the U.S. District Court for the District of Columbia, and each entered a guilty plea to a single count of parading, demonstrating or picketing in a Capitol building, the Chicago Sun-Times is reporting.

The brothers now face up to six months in jail and a maximum $5,000 fine at sentencing, tentatively set for March 7. Christian Kulas, 24, has a home address in Kenilworth. Mark Kulas, 27, lives in Lake Forest.

Prosecutors say the brothers flew from Illinois to Washington D.C. Jan. 5 to take part in a rally in support of then-President Donald Trump. 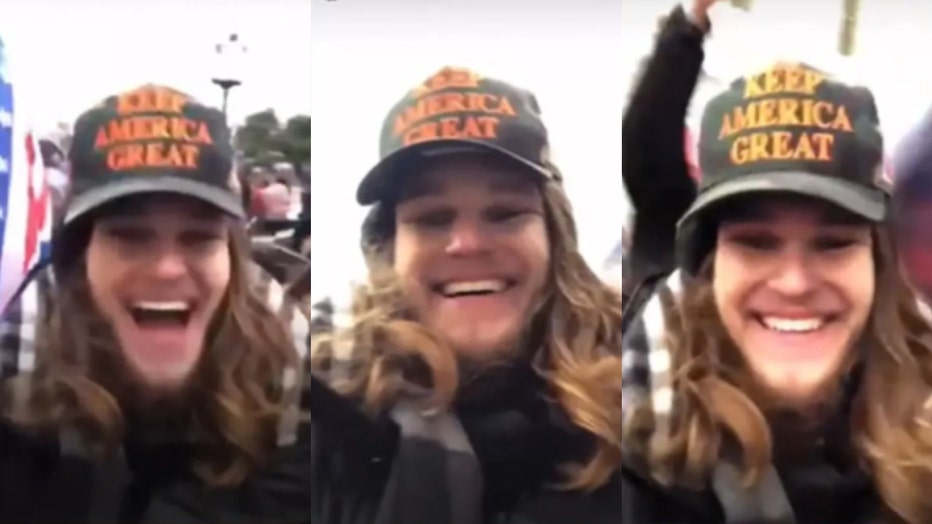 "Christian Kulas shouted and cheered in support of the rioters, including a group of rioters using force in an effort to breach a police line and to open a doorway," according to the plea agreement. "There is no evidence that Christian Kulas or Mark Kulas Jr., otherwise assisted the rioters using force against the police line in an effort to open the doorway."

A one-page charging document spelled out little more than the formal charge against Mark Kulas Jr., though federal prosecutors in June had filed a nine-page affidavit detailing Christian Kulas’ alleged activities on the day of the Capitol riot.

Chrisitian Kulas was identified by a former classmate, who saw video posted on social media showing the younger Kulas — in his designer coat and "KEEP AMERICA GREAT" cap over his long hair — among the throng that stormed the Capitol.

As part of the plea agreement, the brothers have agreed to cooperate with any ongoing investigation into the insurrection.