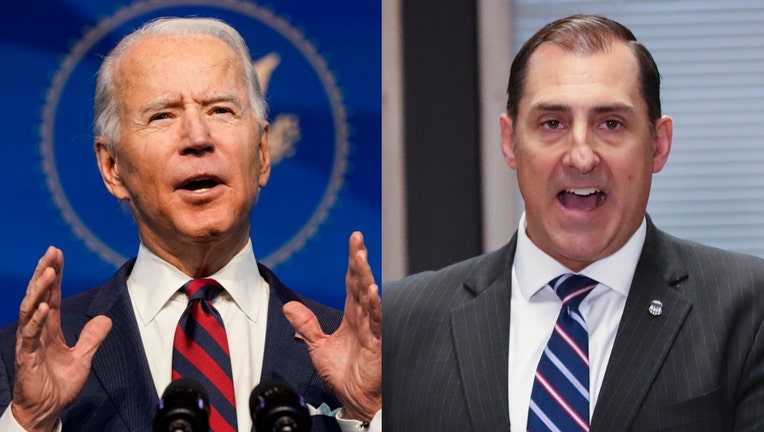 President Joe Biden’s team had wanted all top federal prosecutors to resign by Sunday, with two exceptions. But the Biden White House announced late Sunday that John Lausch, the U.S. attorney based in Chicago, would remain in his post, becoming the third exception.

"In very limited exceptions, including the Northern District of Illinois, the administration has opted not to seek new candidates for U.S. Attorney positions at this time," a White House official said.

It is common for presidents to ask for the resignations of U.S. attorneys appointed by the opposite political party.

Lausch was nominated by Trump, a Republican, and confirmed by the Senate in November 2017.

Illinois’ two Democratic U.S. senators, Dick Durbin and Tammy Duckworth, opposed Biden immediately dismissing Lausch. Durbin and Duckworth asked for Lausch to stay on until his successor was confirmed by the U.S. Senate.

The White House statement suggests it went a step further by saying there will be no search for a successor "at this time." Lausch’s four-year term ends in November.

Durbin, Duckworth, Chicago Mayor Lori Lightfoot and others sought for Lausch to remain on the job to continue overseeing multiple public corruption prosecutions and investigations of top Democrats.

Among those is the bribery case against utility company ComEd and members of former Illinois House Speaker Michael Madigan’s inner circle. That investigation ended Madigan’s decades-long grip on the Illinois House of Representatives’ speaker’s gavel.