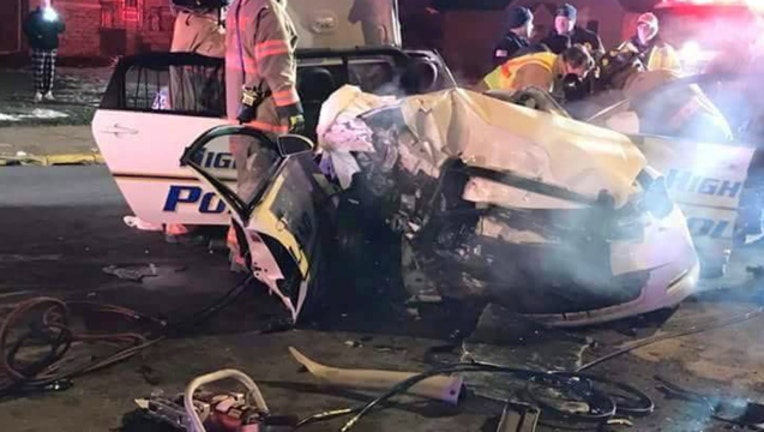 Highland officer John Swisher was traveling on Kennedy Avenue when his squad car crashed into another head-on.

The Northwest Indiana Times reports that witnesses said the other car crossed the center line.

The newspaper reports that Swisher's squad car was so mangled, it took a while to extricate him from the wreckage.

Swisher was in stable condition on Saturday night. The other driver was also hospitalized.