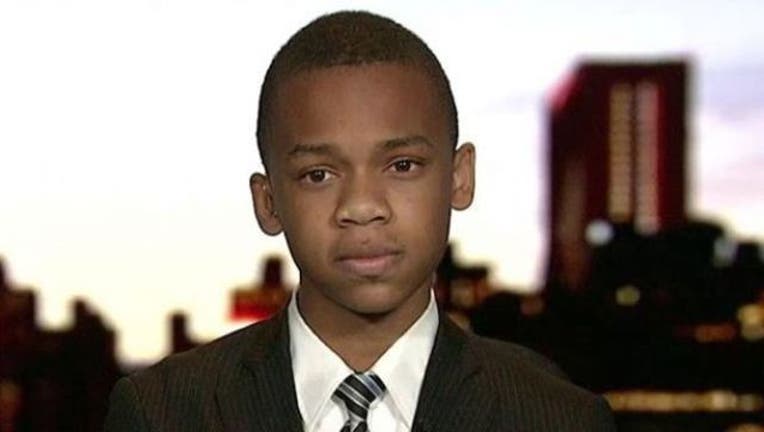 The pint-sized Georgia firebrand whose videos blasting President Obama and espousing conservative values have drawn millions of online views sparked a controversy - and an investigation - this week with the claim that a former teacher said he was “not worth saving in a fire.”

CJ Pearson, 13, and now in the eighth grade, wrote on his widely followed Facebook page that a schoolmate told him his sixth-grade teacher told his class Pearson had once passed around vocabulary words prior to a test, and that the boy thought he was “all that and a bag of chips” and was “not worth saving in a fire.” When classes resumed at Columbia Middle School after the Columbus Day weekend, officials vowed to investigate the claim.

“This was brought to our attention after it was posted on social media," school Principal Eli Putnam told BizPac Review on Tuesday. "We have been on an extended holiday weekend and will conduct a full review of the allegations once school resumes tomorrow,” Putnam wrote. “Columbia Middle School believes all students should be taught in a safe and positive environment. Accordingly, if the claims are substantiated we will handle the issue as a personnel matter.”

“It’s always great having a teacher that’s not only a liberal bully, but someone who engages in slander,” Pearson said.