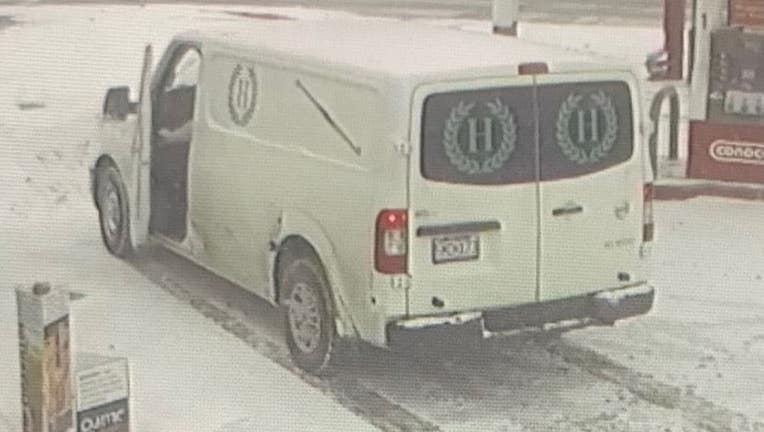 CLAYTON, Mo. - Two people have been charged with stealing a funeral home van that had a body inside from a gas station in the St. Louis area. The St. Louis Post-Dispatch reports that 38-year-old Brian Schaake was charged Saturday with a felony charge of stealing a motor vehicle.

Thirty-one-year-old Christina Kalb was charged with a misdemeanor charge of tampering with a motor vehicle.

Officials listed the same Springfield, Illinois, address for both of them but said Schaake is believed to be homeless.

The funeral home van was stolen Thursday from a QuikTrip gas station in the Spanish Lake area of unincorporated St. Louis County. The body was recovered after the van was spotted at a Walmart, where the two were arrested.

Police said that "most importantly, the body being conveyed in the back of the vehicle has also been recovered. Together, we were able to get her back to her family."