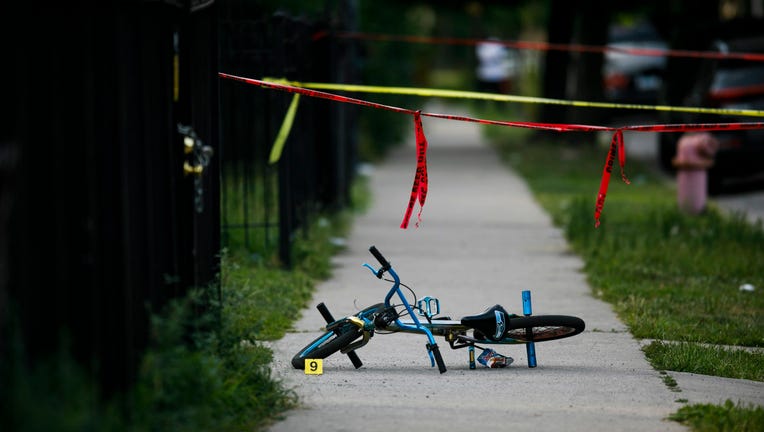 CHICAGO - Chicago saw a dramatic rise in gun violence with regard to children in 2020, as statistics showed the number of shooting victims under the age of 10 has tripled since last year.

As of the end of July, 24 children – 10 years old and younger – were shot within the city, according to a database of victims kept by the Chicago Tribune. The wounds proved fatal for five of them.

The overall total of gun violence victims for 2019 during the same time period was reportedly eight.

As of July 31, the Tribune tallied up 2,268 shooting victims of various ages for the year, marking an increase of 45 percent over the same period in 2019. Of those who were shot, 222 victims were 17 or younger, representing an increase of 36 percent when stacked up against last year's statistics.

There were also 30 children under age 17 who were shot to death in 2020, compared with 19 from the previous year's count, the Tribune reported. The victims were shot while playing in their yards, lounging in their residences, walking down the street and sitting in car seats. Several of them were infants under the age of 1.

This news comes after weekend shootings in Chicago left 25 wounded and nine dead, including a young boy.

On Friday evening, Janari Ricks, 9, was playing with a group of friends when he was fatally shot in the chest by a gunman who walked up to the children and opened fire, investigators said.

Chief of operations for the Chicago Police, Brian McDermott, told the Sun-Times newspaper that Ricks “was an unintended target" and now a $4,000 reward is being offered for information regarding the person who pulled the trigger.

“While our city has made progress in reducing violence in recent weeks, all of that is lost when we lose another child to gun violence,” Mayor Lori Lightfoot, a Democrat, tweeted following the incident.

Janari’s mother, Jalisa Ford, told the Chicago Sun-Times her son was a straight-A honor roll student preparing to start fourth grade who called himself “Young Curry” in reference to his favorite basketball player, Stephen Curry of the Golden State Warriors.

“If he wasn’t able to pursue his dreams of becoming an athlete he wanted to do construction,” Ford added. “He wanted to help rebuild the community, rebuild something that the kids can enjoy later down the line.”