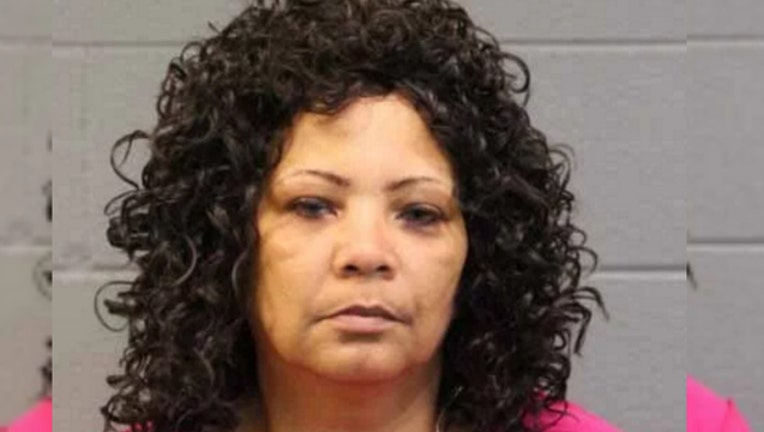 Ernelle Oliver, of south suburban Richton Park, was arrested at the Jewel-Osco at 1340 S. Canal. Prosecutors say Oliver admitted to robbing the same store two weeks earlier, as well as on Jan. 27. Each time, Oliver made off with hundreds of tablets of the prescription antidepressant alprazolam, also known by the brand name Xanax, the Chicago Sun-Times is reporting.

In the January robbery, Oliver went to the pharmacy counter holding an unidentified object and told the pharmacist, “Give me your Xanax and don’t push any buttons, or I will shoot you,” according to a Chicago Police report. The pharmacist turned over two containers of pills, holding a combined 262 tablets, and Oliver fled the store and drove off in a dark-color vehicle.

On March 17, Oliver returned to the store and again demanded Xanax, and threatened another pharmacist with a “black, claw-like object,” according to police reports, and took more than 500 Xanax pills.

Oliver came back to the store again Monday, and was spotted by store security as she made her way to the pharmacy counter. She was held there until police arrived. Prosecutors said Oliver confessed to the two robberies and said she had “mental health issues.” Oliver also was identified in still photographs made from surveillance video of the robberies.

Police reports indicate Oliver was carrying a knife and a black action figure of professional wrestler Roman Reigns when she was arrested. Oliver was released and placed on electronic monitoring.

State records show Oliver has a valid nursing license, and she has been registered since 2001.