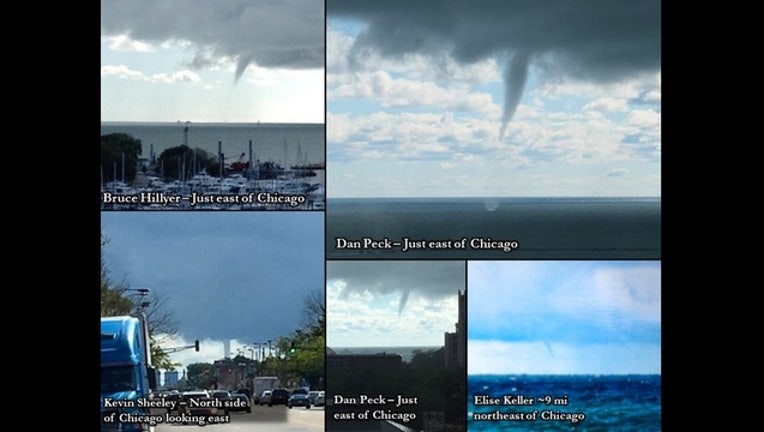 CHICAGO (STMW) - More than a dozen waterspouts were reported along Lake Michigan’s shore during a wet and dreary Saturday morning in the Chicago area, according to the National Weather Service.

The first funnel cloud was identified by a trained spotter about 6:15 a.m. in Hammond, Indiana, before three were seen on the North Side of Chicago between 10 and 11 a.m., forecasters said. One of the Chicago sightings included multiple spouts.

Someone spotted at least six waterspouts in Waukegan between 10:40 a.m. and 11 a.m., and two more were seen in Evanston and Beach Park about 11:15 a.m.

A marine warning is in effect until 3:30 p.m., as showers and storms could produce more waterspouts that can overturn boats.

Forecasters say the definition of waterspouts is debatable, but it generally refers to a small vortex of air over water that isn’t typically associated with storm-scale rotation, creating high winds and waves.