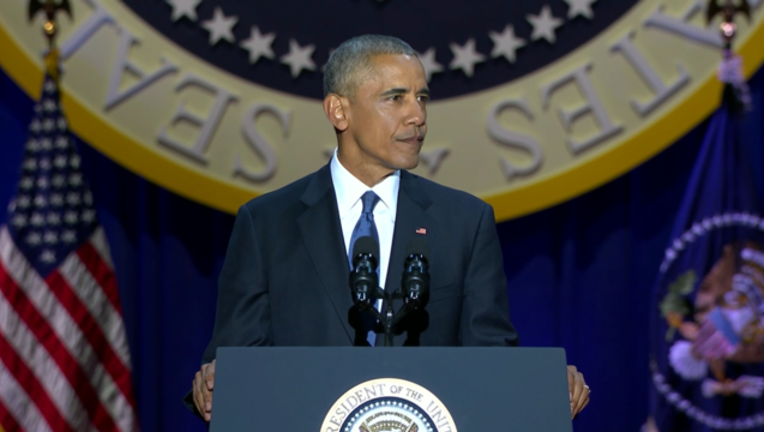 In the final minutes of his final presidential news conference, Barack Obama insisted he's not just tossing out reassuring platitudes about the nation's future.

It's what he really believes.

"This is not just a matter of no-drama Obama," he said. "It is true that behind closed doors I curse more than I do publicly. And sometimes I get mad and frustrated like everybody else does. But at my core, I think we're going to be OK."

It is what he chose as the parting message for what is most likely his last extended remarks as president.

Processing the November election results in an intensely personal frame, Obama spoke at length about how his daughters, Sasha and Malia, felt about Donald Trump's election.

"They don't mope," he said - a noteworthy comment to come from any parent of teenage girls.

He said they were disappointed, but also resilient.

This, then, is not the end of the world.

"You get knocked down, you get up, you brush yourself off and you get back to work," he said. "That tended to be their attitude."

That said, the outgoing president allowed, neither of his daughters is interested in going into politics.

In that, he added with a grin, "I think their mother's influence shows."

He cast his daughters as emblematic of the rising generation, and of the promise of America's future.

Yes, democracy is messy, he said, but there are more good people than bad and things will turn out just fine.

"We just have to fight for it. We have to work for it and we have to not take it for granted."