The officer, who was off duty at the time of the shooting, was taken to the hospital in 'stable' condition.

CHICAGO - An off-duty Chicago police officer on Tuesday became the second officer in two days hit by gunfire on the city’s West Side.

About 3:20 a.m. the officer was about to get into his vehicle in the 3900 block of South Artesian Avenue in Brighton Park on the Southwest Side, when he was approached by two males and one of them pulled out a gun and fired shots, Chicago police said.

The officer was struck in the leg and returned fire, police said. It is unknown if anyone was struck by the bullet fired from his gun.

He was taken to the hospital and is in fair condition, police said. There have been no arrests in the case.

The officer involved in the shooting will be placed on routine administrative duties for 30 days.

In another shooting, a Chicago man is being held without bond for allegedly firing at a police officer investigating a domestic disturbance, striking him in his protective vest.

Lovell Polk, 33, is charged with attempted murder and unlawful use of a weapon by someone on parole. 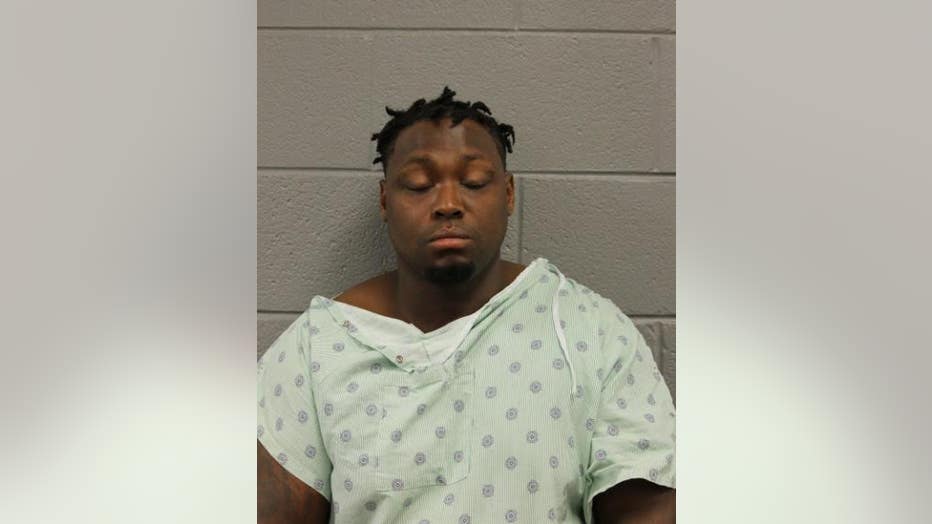 Officers had responded to a domestic dispute in Polk’s West Side home early Monday, police said. Polk fired a gun several times before police arrived at his home and ran off. He returned to the home through the basement and fired a shot at an officer standing at the top of a staircase, police said.

The officer was taken to Stroger Hospital in good condition, according to authorities.

In denying bail for Polk, Cook County Circuit Judge John F. Lyke on Tuesday called the man a danger to the community. Lyke noted that Polk has convictions for unlawful use of a weapon and conspiracy to commit murder, and should have never had a gun.