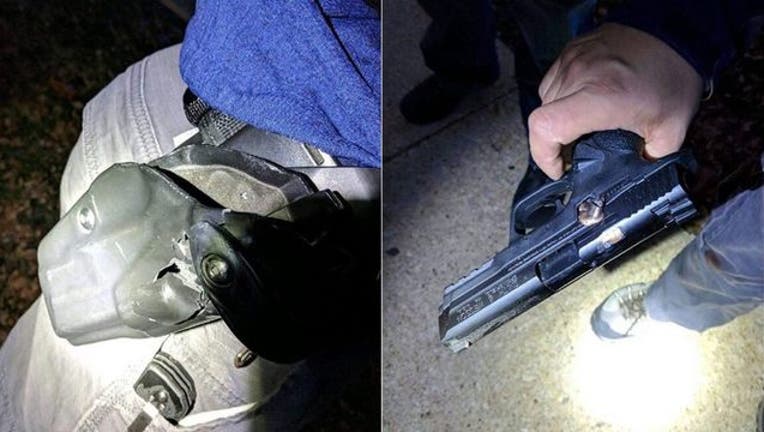 A second Chicago police officer was also shot at during the gun battle but was not injured because the bullet struck his holster and embedded itself in his gun. (Chicago Police)

CHICAGO (FOX 32 News) - Monday's shootout at Mercy Hospital, which claimed the lives of three people including a Chicago police officer, could have been even worse if not for an amazing stroke of fate.

During the gun battle in the lobby of the hospital, a second officer was also shot at but was not injured because a bullet struck his holster and embedded itself in his gun.

A source sent FOX 32 News a photo that appears to show a bullet hole in the officer's holster and the bullet lodged in his firearm.

Chicago Police Superintendent Eddie Johnson said at a press conference Monday night that the officer was not injured.