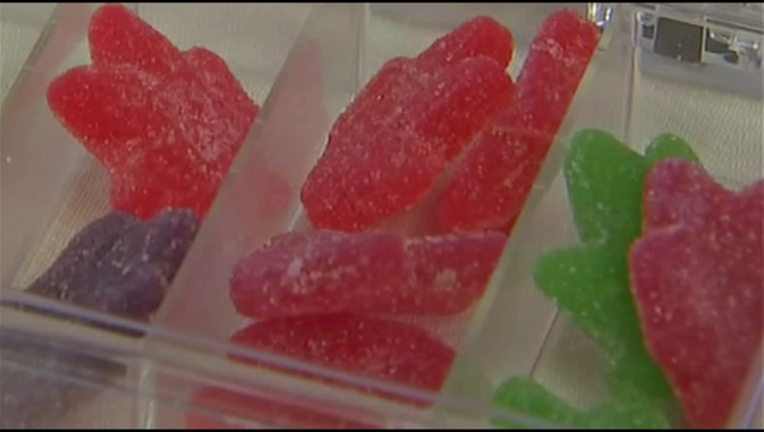 GLOUCESTER COUNTY, NJ (WTXF) - One New Jersey county is warning trick or treaters to be extra careful this Halloween, and to be on the lookout for candy made with marijuana.

Officials in Gloucester County issued a warning to parents and trick or treaters on Thursday to beware of marijuana ‘gummie’ candy this Halloween.

According to the state’s Department of Health, there is a significant presence of marijuana candy and other edible forms in New Jersey and other nearby states.

Officials say the presence of the edible forms of marijuana pose a risk to users, especially children who may be given the candy accidentally on Halloween. Marijuana candy is illegal in the state of New Jersey and contains THC, the main active ingredient that causes a high.

The candy often imitates other hard or gummy candy or chocolate.

"Parents need to be aware and check for unusual candy packaging. If they suspect their child has received marijuana candy they should immediately contact their local police department," and Freeholder Jim Jefferson, Liaison to the Addictions Task Force explained.

Because of the similarities between marijuana candy and brand name candy, it is often difficult to distinguish the difference based on appearance alone. In addition to the packaging, marijuana candy can have an odor similar to that of the marijuana plant.