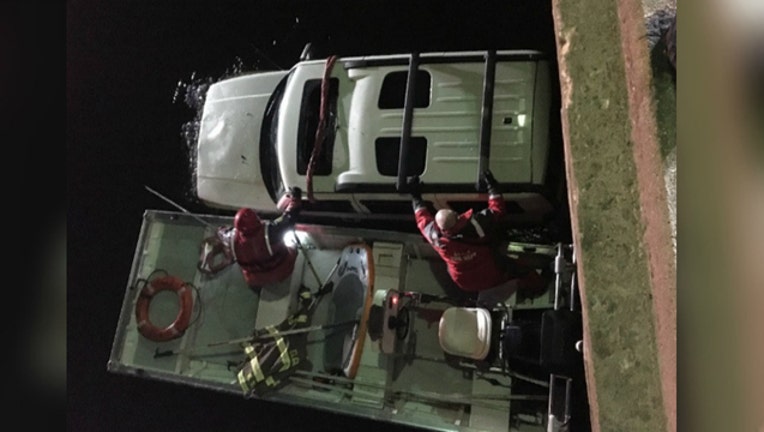 SUN TIMES MEDIA WIRE - A woman was rescued from the Fox River after hitting a pedestrian with an SUV and then driving off a bridge early Friday in northwest suburban Elgin, officials said.

About 12:30 a.m., the SUV went into the water off the National Street bridge after hitting the pedestrian in a parking lot nearby, according to the Elgin Fire Department.

Crews launched a boat team to pull the woman from the vehicle. She and the pedestrian were taken to a hospital.