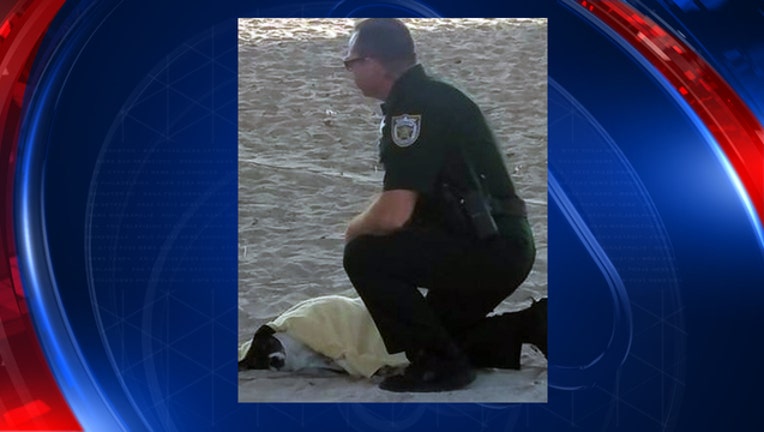 Capt. David Walesky of Palm Beach County Animal Care and Control told the Palm Beach Post that the 8-year-old Jack Russell Terrier mix dislocated a leg in the fall Wednesday from a bridge in Riviera Beach.

Sheriff's officials say the woman, who was taken to a hospital for a mental health evaluation, will likely face animal cruelty charges. She wasn't identified.

Walesky says the 30-pound black and white dog suffered significant pain and was in serious but stable condition.

"He's not completely out of the woods yet," Walesky said of the animal, which was being cared for by Animal Care and Control.