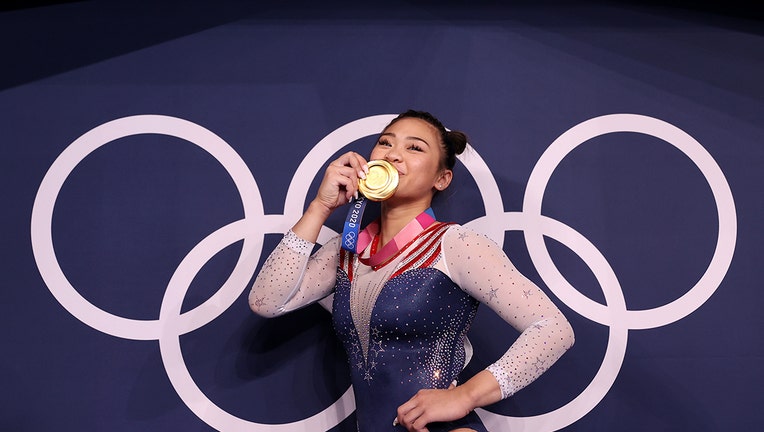 TOKYO (AP) - Sunisa Lee’s life changed the second she placed a gold medal around her neck. The newly minted Olympic gymnastic champion’s plans, however, have not. At least for now.

The praise for St. Paul gymnast Sunisa Lee continued on Friday after her gold medal win during the Olympics, with everyone from her local nail salon to members of Congress joining in.

A day after a thrilling victory in the women’s all-around, Lee insisted she’s ready to go to start her college career at Auburn.

When incoming freshmen are expected to report to their dorm rooms on The Plains on Aug. 11, Lee plans to be there.

Suni Lee's family celebrates as she wins gold in Olympics

The family of Suni Lee erupted on Thursday during a watch party in Oakdale, Minnesota as Lee took home the gold medal in the women’s gymnastics all-around gold event. Nicole Marie King via Storyful

"[College] just has been another one of my dreams and goals after the Olympics," the 18-year-old said Friday, less than 24 hours after edging Brazil’s Rebeca Andrade for the top spot on the podium. "So I feel like if I were to go pro, it would have to be something really good."

Well, it might be. The Americans have produced each of the past five Olympic champions. The previous four — Carly Patterson, Nastia Liukin, Gabby Douglas and Simone Biles — were teenagers at the time of their triumphs. None of them competed collegiately, opting to turn professional in an effort to cash in on their newfound celebrity.

It was a special day for Suni Lee and her family as the St. Paul native won gold at the Olympics.

Back then, however, things were different. Gymnasts had to choose between accepting endorsements or college scholarships. Those days are over thanks to recently passed legislation that allows collegiate athletes to make money off their name, image and likeness.