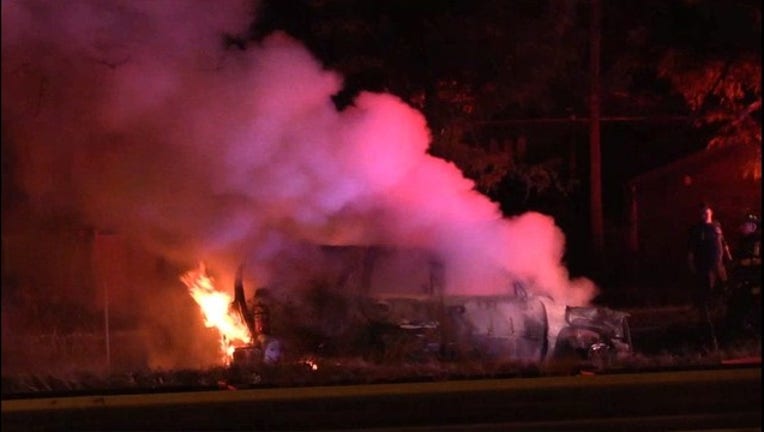 DOLTON, Ill. (STMW) - One person was injured in a fiery crash early Monday on the Bishop Ford Freeway (I-94) in south suburban Dolton.

About 12:15 a.m., a car crashed into a ditch and caught on fire in the southbound lanes of I-94 near Sibley Boulevard, according to Illinois State Police.

One person was taken to Franciscan St. Margaret Health in Hammond with non-life-threatening injuries, police said.

All lanes were temporarily closed, but reopened as of 1:40 a.m., police said. The cause of the crash remains under investigation.