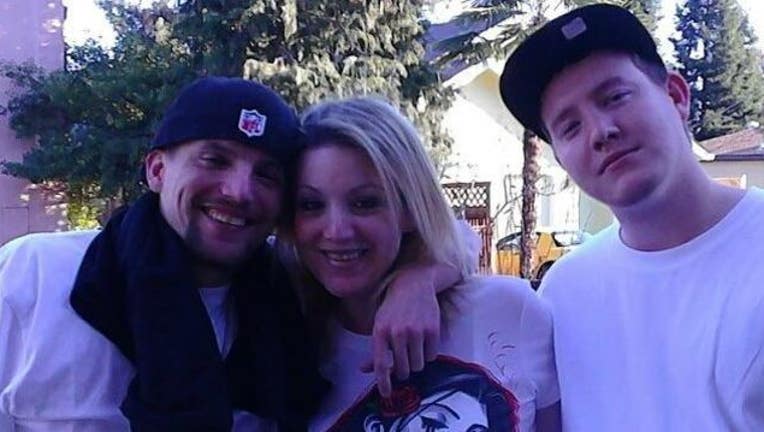 Josh Hoefer (far right) with his brother, Michael and his sister, Heaher Ballenger.

SANTA ROSA, Calif. - A 27-year-old Santa Rosa man who suffered from life-long asthma died earlier this month after smoke from the wildfires overcame him and sent him into cardiac arrest.

Josh Hoefer’s family never knew it, but he had registered as an organ donor and now four men and a 1-year-old boy have a new chance at life.

“I just want everyone to know how big of a heart he had,’’ said Ballenger, 42.

Before his death, a few days after the fires started on Oct. 9, Hoefer made several attempts to get help with breathing problems, including a trip to the emergency room. He also tried to contact his doctor, but the physician’s office had burned down in the fires, Ballenger said.

Lastly, he went to nearby pharmacy to try to refill a steroid prescription, but he was unsuccessful. He returned home, his sister said, and used his nebulizer seven times in one day to try and free up his breathing.

“The smoke from these fires was so intense,’’ Ballenger said. “He had been calling me really scared.”

Cardiac arrest in front of his young son’s mother followed. Although paramedics revived him after 17 minutes, he was later declared brain dead at a hospital. Hospital workers later informed his family that he was a registered organ donor.

The respiratory disease that killed Hoefer also took his mother at age 52 in October, 2004. Hoefer was a young boy and witnessed the attack that killed her, Ballenger said.

“He always kind of blamed himself because he didn’t know what to do,’’ she said. “He really beat himself up.”

It troubled him throughout his life and he struggled, had a brush with the law and a hard time finding work.

But things were looking up. He was just weeks away from starting electrical school when he died.  His sister said he knew his family would be proud as he began a few chapter in his life.

“He always wanted to have a career,’’ his sister said. “He was so excited. “