Some law enforcement officials say the SAFE-T Act is going to make crime across Illinois worse.

CHICAGO - An Illinois mayor sounded the alarm on ending cash bail, Tuesday, slamming Gov. J.B. Pritzker over the "horrible" law which is poised to allow the release of alleged criminals into communities without paying up.

Orland Park Mayor Keith Pekau accused the Democrat governor of "not listening" to voters and other elected officials as critics worry about the impact the law will have on public safety overall.

"He is not listening to us on this, and historically, he doesn't really listen to any of us," Pekau said on "America's Newsroom." "He does what he feels like. He did the same thing through COVID and didn't listen to us, so it's not a surprise that he's not listening."

"And it's also not a surprise they passed this back in January of last year and waited till January of 2023 to put it into effect," he continued. "It's because they knew the impact that this was going to have, and they didn't want to be running an election after seeing the impact of such a horrible law." 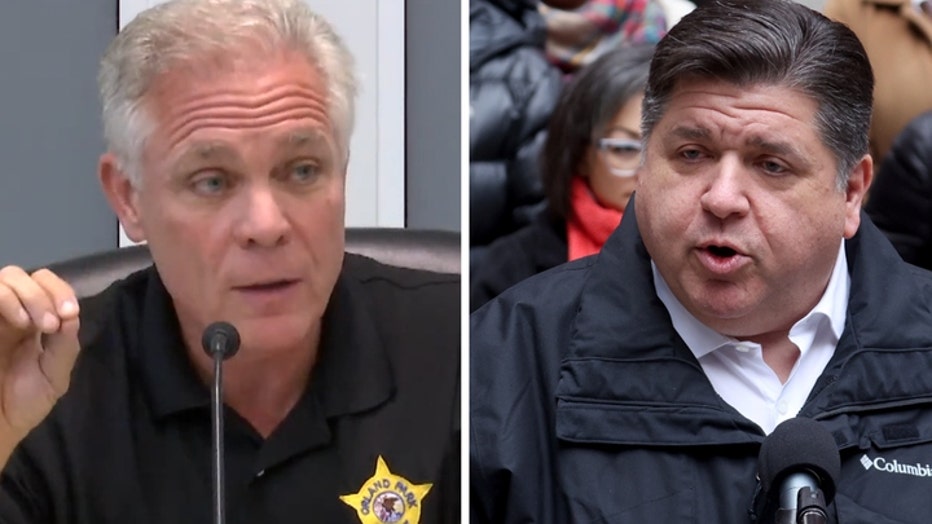 Illinois is poised to become the first state in the country to eliminate cash bail. The Safety Accountability and Fairness Equity Today Act (Safe-T Act), signed by Pritzker last year, is set to take effect on January 1 of 2023.

Suspects accused of crimes such as kidnappings, second degree murder, robbery, arson, and others can be eligible for release without bail.

"It clearly puts citizens and police officers at risk in the favor of criminals who are violent and puts us all at risk," Pekau said. "And it gets worse than just being released on bail. When this goes into effect January of 2023... a police officer will not be allowed to remove someone from your property for trespassing. They can take residence in your shed, your pool, in a business, and all they can do is ticket someone."

"By law, they're not going to be allowed to touch someone and remove them from those premises," he continued. "Think about how dangerous that will be with people taking the law into their own hands."

The law will also affect who can be arrested and expand eligibility for criminals vying for probation.

The Orland Village Board unanimously passed a resolution demanding state legislators work with public safety representatives to address problems they see with the Safe-T Act. The village is mostly located in Cook County, the most populated county in the state.

Pekau urged Illinois voters to make their voices heard at the polls to elect officials who can change course before it is too late.

"The most important thing that voters can do is vote these people out of office so that on January 3rd, when new legislators come into power, they can overturn this horrible law," Pekau urged.