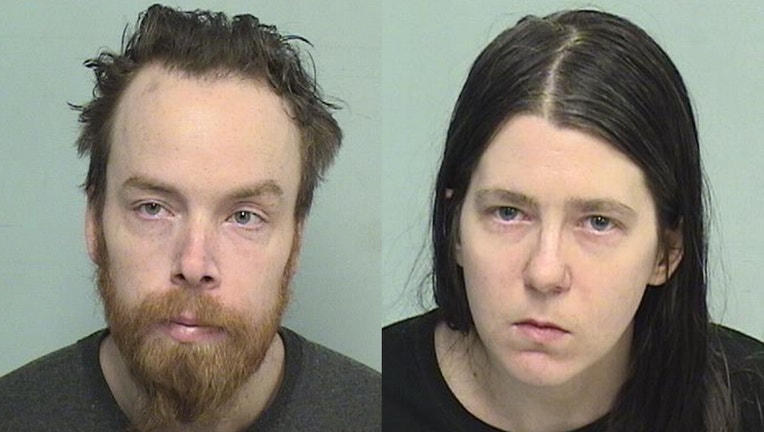 FOX LAKE, Ill. - A man and a woman were arrested Tuesday after authorities found multiple dead animals at a Fox Lake home during an eviction earlier this year.

Cathryn N. Franke, 33, and Thomas J. Gilhooly, 38, are each charged with seven felony counts of aggravated cruelty to animals, according to a statement from the Lake County sheriff’s office.

A sheriff’s deputy was “overcome by an extraordinarily foul odor” while enforcing a court-ordered eviction Jan. 6 at the home on Hilltop Avenue in Fox Lake, the sheriff’s office said. Franke initially tried to slam the door on the deputy, but the deputy ordered her and Gilhooly to leave and they eventually complied.

While searching the home, which was “covered in animal urine and feces,” the deputy found five dead dogs and two dead cats in various stages of decomposition, the sheriff’s office said.

Investigators obtained arrest warrants March 16 for Franke and Gilhooly and took them into custody Tuesday at a home in Des Plaines, according to the sheriff’s office. Both remain in custody on $100,000 bail and are due in court Thursday.