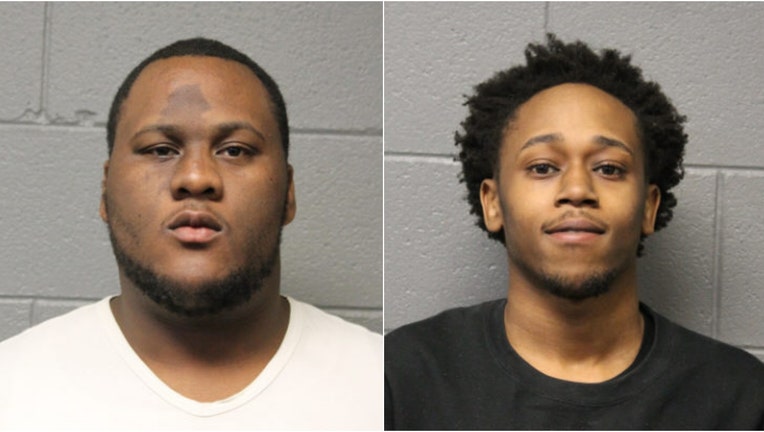 CHICAGO - Two Chicago men were charged with stealing a car at gunpoint early Monday in the Humboldt Park neighborhood on the Northwest Side.

Naronn Cain, 25, and Allen Clay, 20, were arrested less than half an hour after they allegedly pointed guns at a couple in the 2600 block of Division Street and stole their vehicle, police said.

They were arrested around 2:17 a.m. in the 8700 block of South State Street and were each charged with two counts of aggravated vehicular hijacking with a firearm, police said.

The pair is due in bond court Tuesday.