SCHAUMBURG, Ill. - Two men have been charged with robbing someone at gunpoint Thursday in the parking lot of the Schaumburg police station.

Louis R. Clark Jr., 21, and Jordan W. Brown, 19, are charged with one felony count each of armed robbery, according to a statement from Schaumburg police. 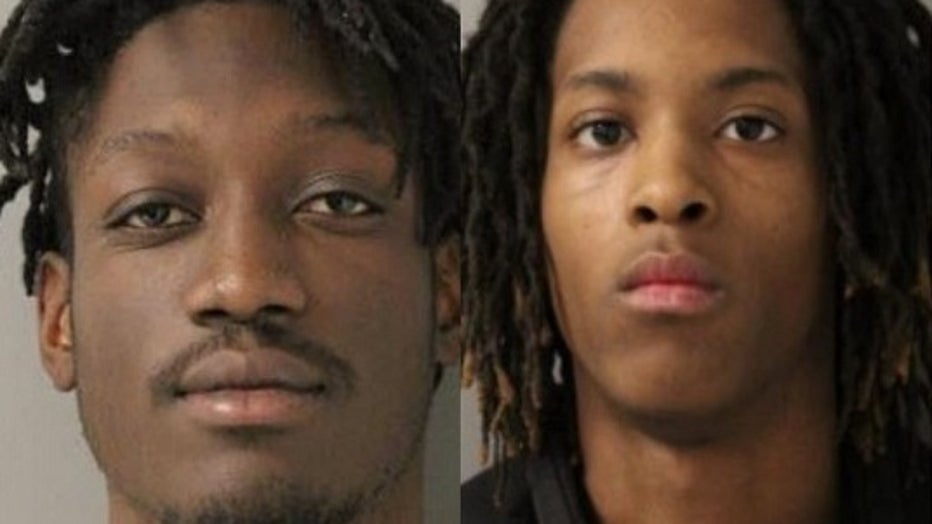 The pair met two people who were trying to sell an item about 7:10 p.m. at a “meetup spot” in the parking lot of the police station, 1000 W. Schaumburg Road, police said. The spot is monitored by video surveillance and intended as a meeting place for internet sales or exchanges.

Clark and Brown examined the item for sale and started to run away with it, police said. When the buyers pursued them, one of the suspects pulled out a gun.

DOWNLOAD THE FOX 32 NEWS APP FOR NEWS ON THE GO

Officers arrested both suspects and brought them back to the police station for further investigation, police said. Investigators recovered the gun along with the stolen merchandise.

Clark, who lives in Bartlett, and Brown, who lives in Carol Stream, will be brought to the Leighton Criminal Courthouse in Chicago for a bail hearing, according to police.