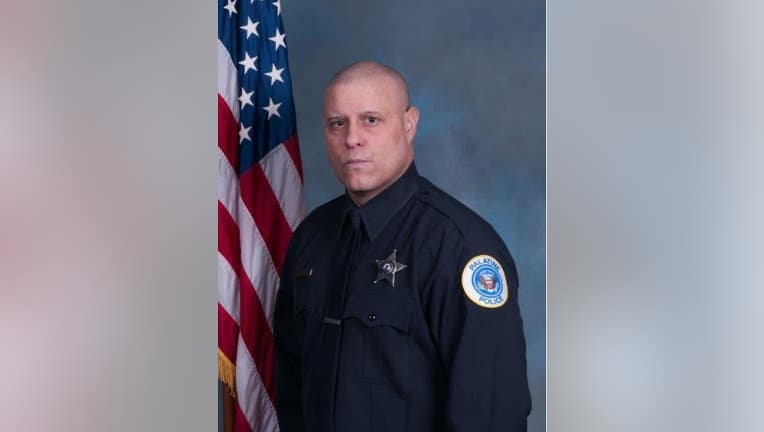 LAKE VILLA, Ill. - A veteran officer with the Palatine Police Department drowned last week after having a medical emergency in Petite Lake near Lake Villa.

Officer Victor Lopez, a 21-year veteran with the department, had been swimming at the “sandbar” area in Petite Lake for about two hours with friends July 3, when he suddenly went under water, according to the Lake County sheriff’s office and Palatine police.

His friends eventually found him unconscious under the water near their boat, and took him to shore, the sheriff’s office said.

Paramedics responded about 5:45 p.m. to the 38800 block of North Cedar Crest Drive and took Lopez, 49, to Condell Medical Center in Libertyville, where he was pronounced dead, the sheriff’s office said.

A preliminary autopsy indicated he died from drowning, according to the Lake County coroner’s office. Palatine police said he had a medical emergency before drowning.

Officer Lopez, of Round Lake Beach, served with police department as a field training officer, juvenile officer and school resource officer District 211 Academy North High School, where he saved the life of a student who harmed themselves with a knife, police said.

“Officer “Vic” Lopez will be truly missed by the members of the Palatine Police Department,” the department said in the release.