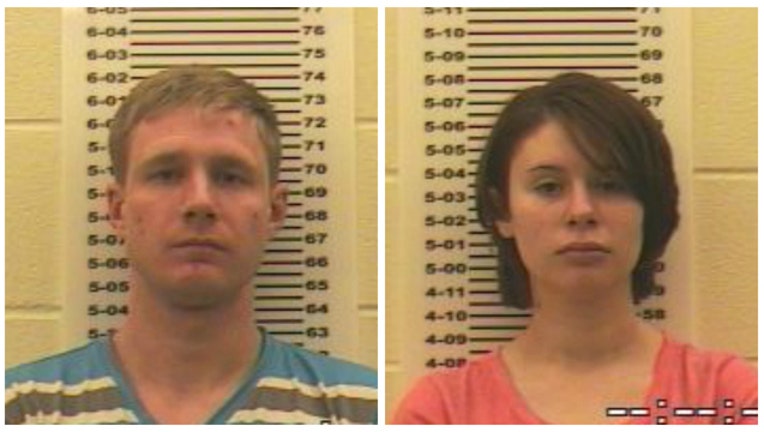 (SUN TIMES MEDIA WIRE) - Charges have been filed against the parents of a 2-month-old northwest Indiana boy whose death was ruled a homicide by child abuse.

Dannae Zylstra, 18, and her 27-year-old husband Michael Zylstra face felony counts of neglect of a dependent following the Sunday night death of their baby Ayden Zylstra, according to the Jasper County sheriff’s office.

Emergency crews were first called about 2 a.m. on Thursday to their Wheatfield home, where Ayden was unresponsive and showing signs of respiratory distress, sheriff’s police said. Wheatfield is about 45 miles southwest of Gary.

Paramedics performed CPR on the infant as he was taken to a hospital in Valparaiso. State child welfare investigators were notified by doctors that Ayden’s respiratory problems had been caused by a “traumatic injury,” police said.

Later in the day, police executed a search warrant at the family’s home, finding an unspecified amount of cocaine, methamphetamine, a mixture of heroin and fentanyl and drug paraphernalia, police said. Dannae and Michael Zylstra were arrested in a traffic stop in Wheatfield the next day.

Ayden was later transferred to the University of Chicago’s Comer Children’s Hospital, where he died at 9:12 p.m. Sunday, according to police and the Cook County medical examiner’s office. An autopsy found he died of multiple injuries due to child abuse and ruled his death a homicide.

In addition to neglect charges, Ayden’s parents were also charged with felony counts of maintaining a common nuisance and possession of methamphetamine and cocaine, police said.

Those charges were filed Saturday, before the baby’s death. It wasn’t clear if they would face additional charges. The investigation was ongoing Wednesday afternoon.